I’m tired but wired. I can’t think in a straight line but my head is buzzing with random thoughts. OP was good to me this year. Not so much for Dave. He’ll blog his story later perhaps.

I finished first female solo single speed with 16 laps. At 16 mile laps that adds up to 256 miles which is the furthest I have ever ridden a bike in one sitting. Any kind of bike… I got back to my pit at 11:30am and had time to go out for a 17th lap. Lying down in the tent sounded like a much better idea at that point tho.

I finished a lap up on the female geared winner and the male SS winner. Passing 1st place SS solo male about 6am I waved and gave a thumbs up cause I feared any words that might have come out of my mouth at that point :-0

Here was my steed set up: 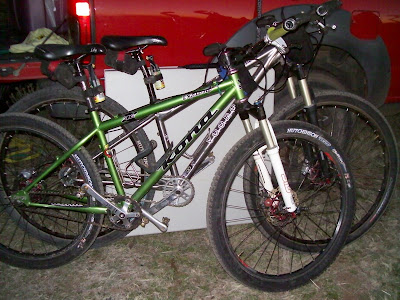 Rebecca Tomaszewski and I had a neck and neck race for the first 12 hours. That was fun. We rode together a little and yo-yoed with the lead a few times. She finished with 14 laps which would have put her on the men’s podium too. Most often the women’s single speed class is either non-existent or a sideshow but at this one to me it was the main show and that was really cool.

On the pre-ride I visited the ditch I crashed into in 2007 and shattered my collar bone. It is a sleeper. It is inside corner of the second turn in a right-left “S” turn before you hit the 7-bitches. If you overcook the first one you swing out into the ditch. I lined up small logs and wrapped them in orange flagging. Dave said he still saw a racer go head first into it. Unless you are overcooking the pace it is a completely insignificant feature.

Every single one of my LW Coaching athletes who attended Old Pueblo finished 1st in their category. That made me super proud and happy. They rocked it.

Dave and I had a mechanic during the race and self supported all the food and clothing. I didn’t change clothes – wash or toss that chammy now?? The self support thing turned out ok. 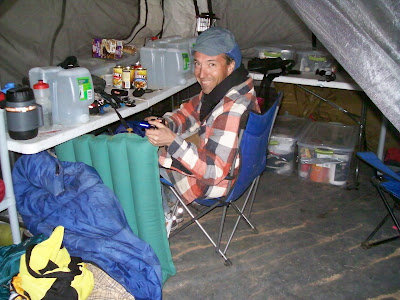 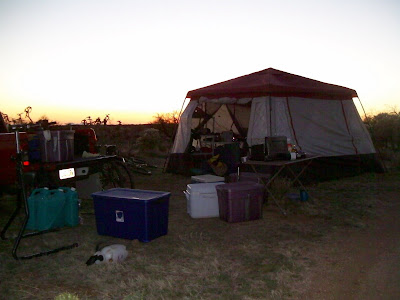 I love Ergon grips. I ran the GE1’s with carbon bar ends. My hands were 100% happy 100% of the race and I have no post race hand soreness. That is a tall order for 24 hours on a hard tail. My rear end did not come off the race quite as happy… 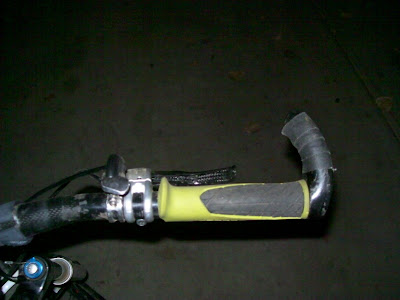 The OP course is full of fun single track and wads and wads of cacti. On every lap I guess I passed about 20 racers and was passed by about 10. Multiply that by 16 laps and it comes out to about 480 passes. Probably 90% were good passes. I apologize to the 10% involved in the not so perfect ones… Out of those 48 bad passes I never hit a cacti and saw only one dude full on nail a Cholla – he was an overeager passer. Some places you just sit and wait…

Other weekend highlights include meeting new folks and learning more about World Bicycle Relief. I hope to put some of my energy into World Bicycle Relief in the future. Helping the world with bikes is a cause I can get behind. Their mission statement is Providing access to independence and livelihood through the power of bicycles.