5th time racing at Old Pueblo was as fun as ever. Friday night treated us with a sunset which was the calm before the storm. I spent Friday visiting folks. OP is like a big bike reunion after the winter. So fun to catch up and find out what everyone has planned out for the year. 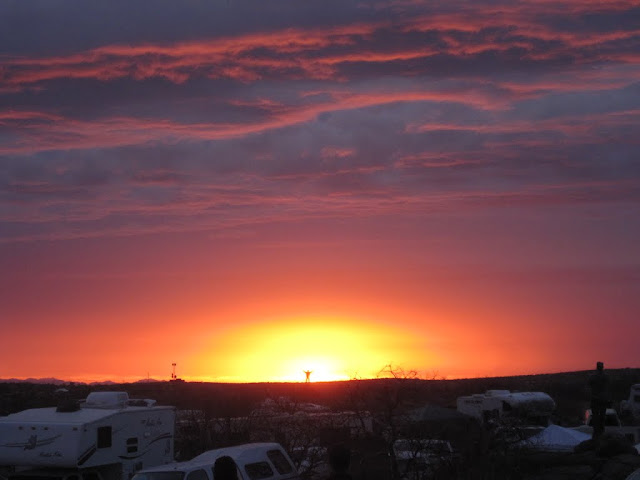 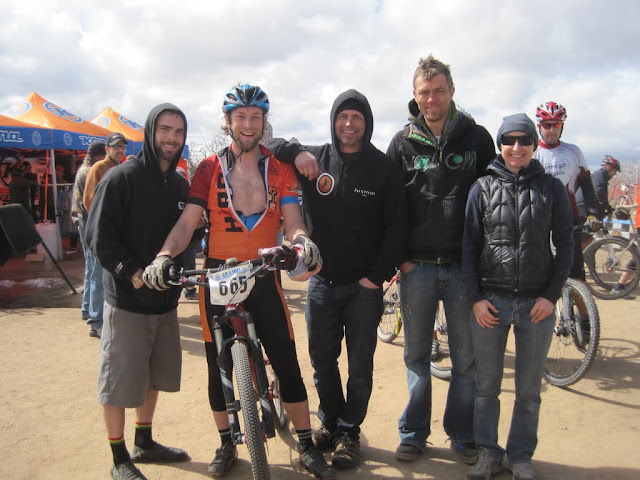 I was a bit out of my element racing on a 5 person team – just a bit. More people to let down with a bad lap and more people to go do a slow lap themselves… More team members, less control. However the weather was mega challenging this year and made me say thanks I wasn’t solo. We had wind/dust/wind/rain/wind and more wind. 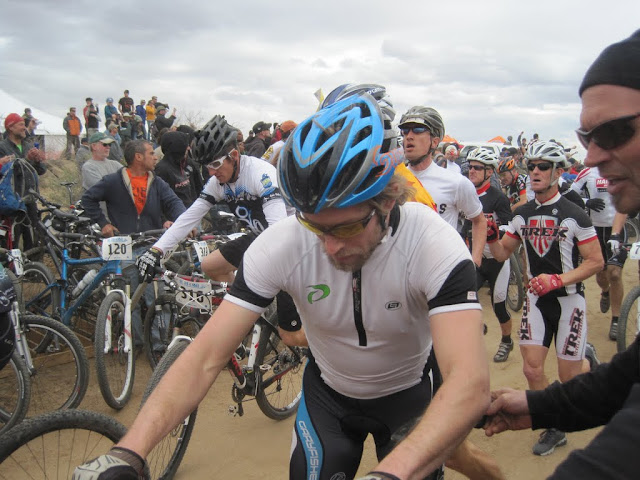 I went out on the 3rd lap and was blown off the trail a few times. It was WINDY. At one point I was blown into a huge barrel cacti and my foot, still in the pedal, got stapled to it! I yanked myself off it and pulled out a few spines back in the pit. 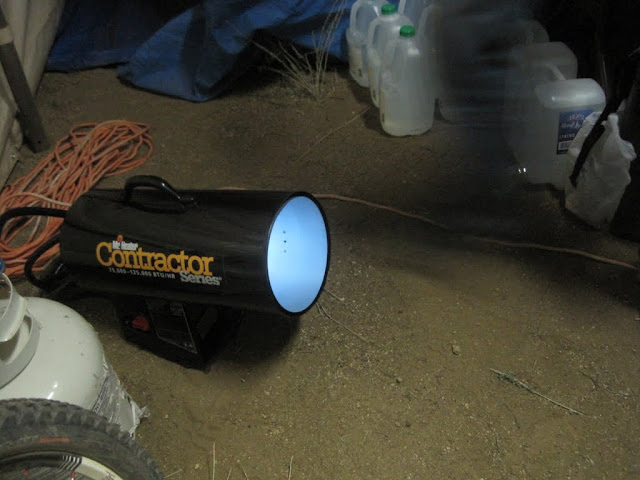 Overhead lights, a microwave which I used in anger and much banter. I don’t know if having a lady in their midst mellowed out the JMM banter – probably a just a bit? 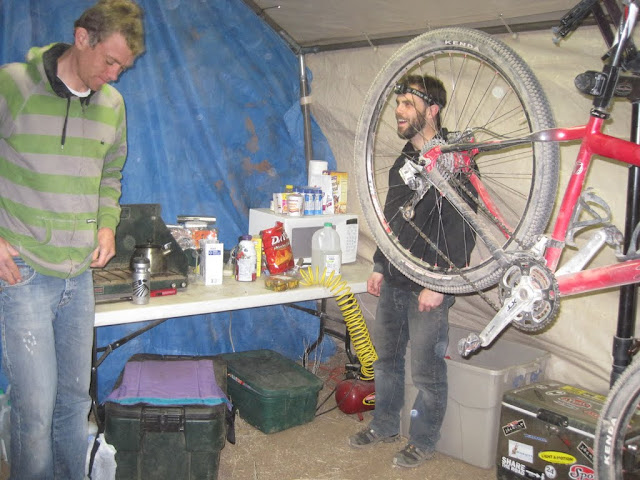 The weather got ugly for a while. My 1st lap was about 7 mins slower than I expected – ouch. The wind blew me all over the place and I was glad I had little wheels with me. I was the slowest team member. We were in second place after 5 laps but it was close – we had a race on our hands. The team in first place sent their fastest guy, Ben Sontag, out for 2 laps right away and we were chasing. We talked a little strategy. I offered to sit out a rotation. I didn’t really want to sit out a rotation but the fact it was dark, pissing with rain and blowing a gale made it kinda attractive at the time!! That and I wanted to be a team player.

We agreed I would sit out a rotation to let the team catch up. Then Josh came in off his lap soaking wet and amped from killing it. We told him the strategy that I was going to sit out one rotation. He said – “I’ve never heard of that before” and called bullshit on the whole idea – so I was back in :-) :-)

Every one of us rode brilliantly with no mechanicals, mishaps or bad laps among us – we pulled into first place sometime in the morning and finished on the top of the podium. I got to take one of those cool OP bike trophy’s home again –  Thanks JMM’s  :-) 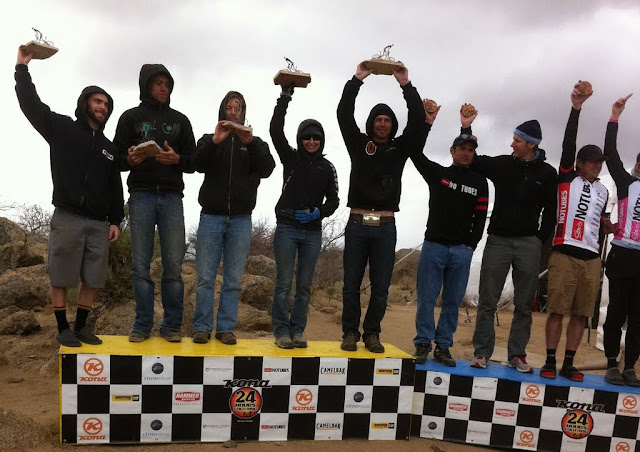 My duo partner from last year Scott Morris repeated his win with a new team mate Eszter Horanyi. At first I was jealous of their luxury pit set up until my team mates unpacked the microwave. Good stuff. 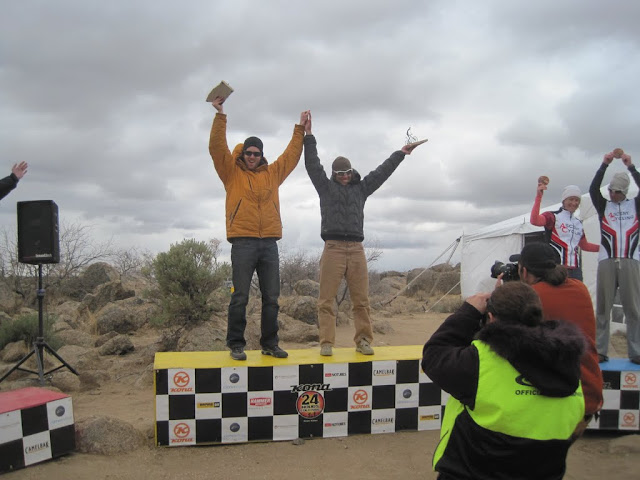 Another awesome 24 Hours in the Old Pueblo in the books. I do like that race and will be back again next year. Team, duo, solo, gears, SS?? I just don’t know yet… 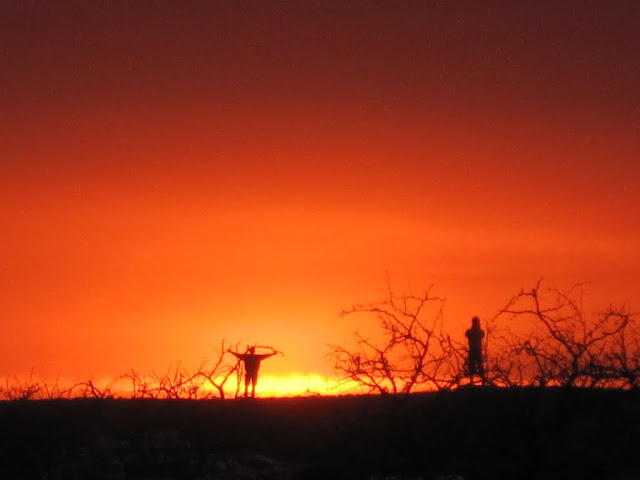