The morning started off bluebird as I was sipping coffee but by the time I got on my bike wispy clouds were already coming up from the horizon. I shoulda gotten up earlier…

DH dragged himself up out of his flu bed to catch some vitD and ride with me. He lasted only one hour before having to slink home, still sick… We did a fun lap on Barrel Roll. After leaving DH I took a jaunt up Bus Stop then Cove Wash. 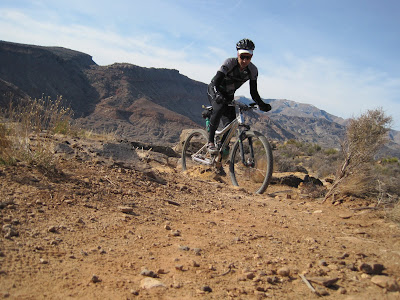 Down Stucki to the micro loop then up Blakes to Bulldog Canyon and down Curly Hollow. I followed a set of mtb tracks up Blakes which is a rare sighting. A set of pythons by the looks of the print.

By the time I was coming down Blakes it looked dark and stormy everywhere. Except on the top of my head that is. I had a bubble day and rode in a ray of sunshine that followed me all day. I love those days. 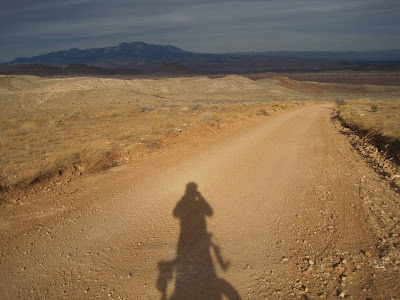 Back to the Micro Loop and reversed my tracks up Stucki. 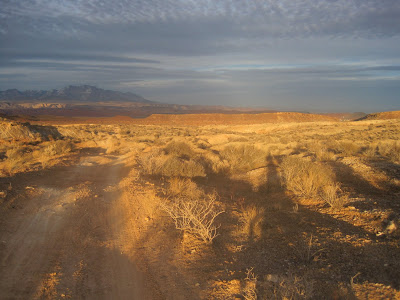 The sun was low and the air turned orange. 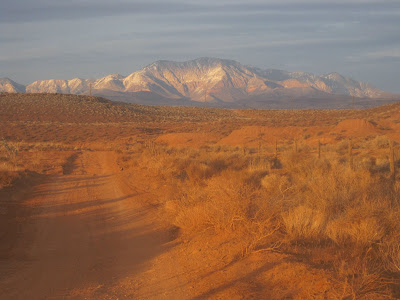 The desert was empty except for this gal who followed me all the way up Stucki. She was strong. I tried to drop her. Each time I upped the paced she matched it. We were flying. 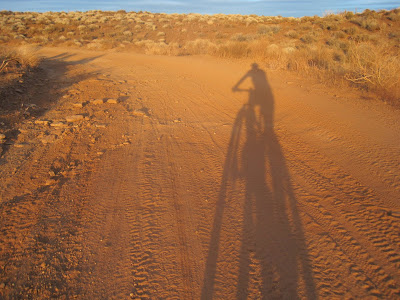 We made the turn at the top of Stucki and she got ahead of me. She ripped down the descent. I couldn’t catch her. 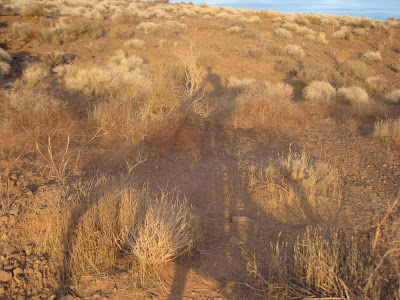 It must have been those big wheels she was riding – they were huge. 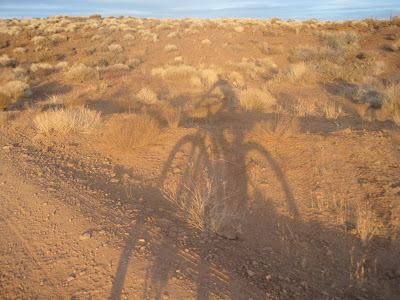 So tall and skinny she got further ahead of me as the sun went down until I lost her. I was sad to see her and the sun leave cause I wanted to keep riding with them forever. 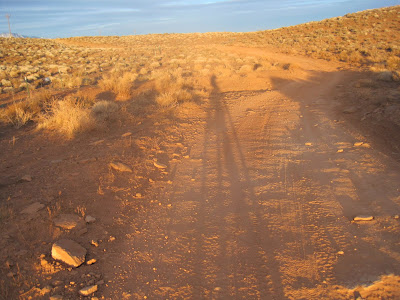