We headed up to the Markagunt Plateau Saturday for a final check on conditions. According to the snow models it looked tight – too tight for comfort. I had to have on the ground intel. Here is what we saw. 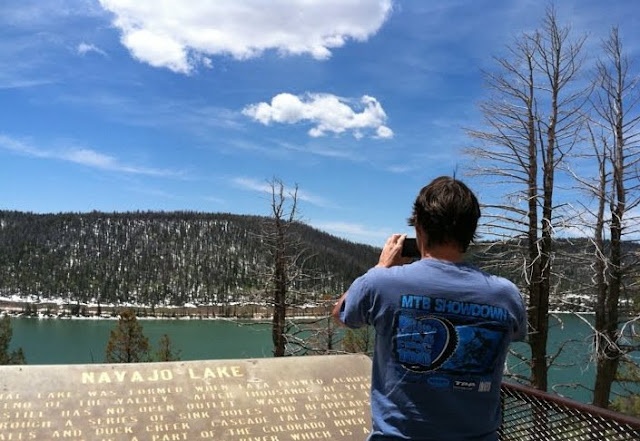 The Virgin River Rim trail is at the top of that ridge – and as far as we could tell it was covered in 4-8 feet of snow. The area is saturated with runoff, the snow is still deep, and the downed trees are worse than ever. A ranger said 200 trees were cut out of a 1/4 stretch of a local trail.

That turned out to be a pretty big deal. I had anticipated several snow detours, but the VRRT via Woods ranch is the entrance to the Markagunt. With that access currently unavailable, it was time for some thinking.

I have so many GPS files for the region from scouring out the best routes for Trans Utah – thousands of miles of tracks in fact – I was confident of coming up with a good alternative, one that did not even include the Markagunt at all. C’est la vie…

Looking at paper maps for about an hour I came up with an idea. It did require some scouting for a key connector, and it panned out nicely. Great Western Trail to the rescue! 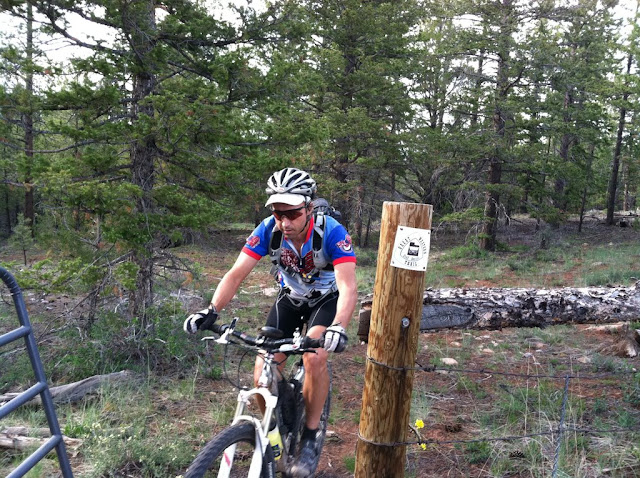 The new route gets more singletrack in the Red Canyon area, finishes with Thunder Mountain(!), has an optional out and back to Powell Point, a fantastic descent into Tropic, completely circumnavigates Bryce Canyon NP, and still maintains the Paunsaugunt as its core. Beyond Tropic it gets quite remote – it will be committing for riders leaving Tropic. There are no bailouts until the other side of the Paunsaugunt.

It doesn’t quite hit the 200 mile mark, but I guarantee you won’t feel cheated on distance by the end ;)

One of my favorite areas on the route is Henderson Canyon beneath Powell Point. The ride to Powell Point is optional since it could be a bit wet up there, and it makes refueling in Tropic problematic. 10 hour time bonus and the best view going for those that do it! 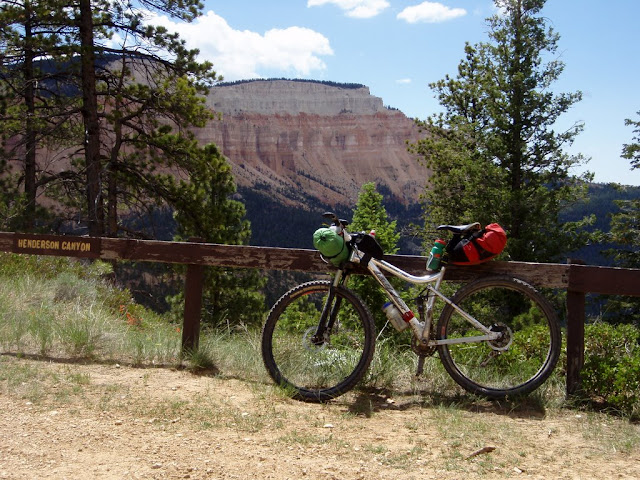 From the top southern Utah is in view, including Bryce in this pic. 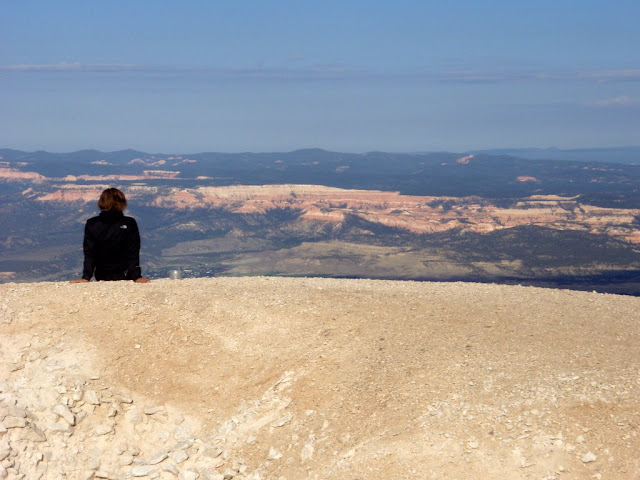 The Paunsaugunt is wild and remote. There is awesome singletrack, steep atv track, and some forgotten trail. It’s slow going and the route’s crux. Plan water carefully leaving Tropic. 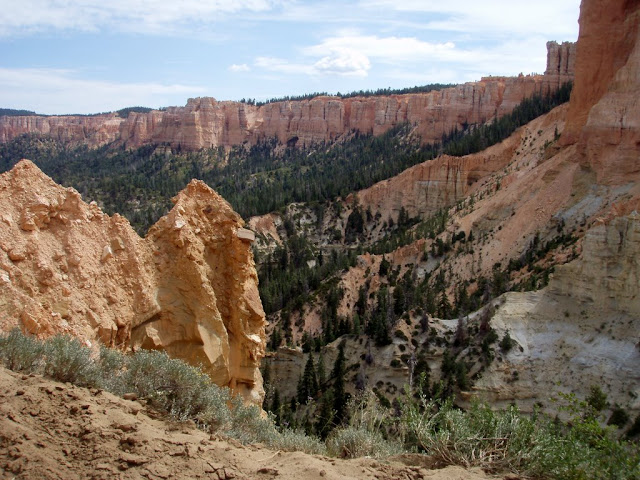 There’s a good hard core group making the trip. I’m really looking forward to meeting folks in Red Canyon for the start. Sadly, I can’t do the ride this year but will ride a good bit with folks on Saturday before I make my exit.

Event site is here. Chatter on bikepacking.net is here.