Ironman came to town last weekend and St George was gripped all over with Ironman fever – it was fun stuff and I got right in the heart of it!! It was a first time event here. The City of St George and residents alike embraced it with gusto. I think half the town came out to volunteer or cheer.

It was the opposite of Cohutta in that the day before and after the race were less than ideal weather conditions but race day was near perfect. The air was clear of dust and pollution too and made for crystal clear views. All the athletes I heard gave the course and City of St George rave reviews.

Here is men’s winner Michael Weiss starting the run. Wowee!!! All you need to do is add a little blue paint and he is Avatar!! 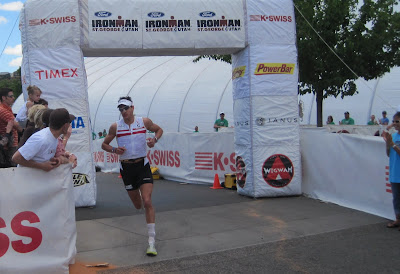 Women’s winner Heather Wurtele was moving so fast I only got a shot of her rear. Yes a little blue paint for her too and she would be Ms Avatar. 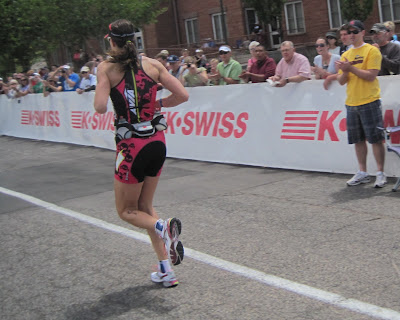 I got these great pictures because I was *inside * the barriers. I had the best volunteer job in the entire race as run escort captain. My team rode mountain bikes and escorted the 2nd – 5th place pros through the run. Retired tri stars Paula Newby Fraser and Heather Fuhr escorted the 1st place man and woman. We were in hallowed company!!

Look how cute and excited we are waiting for our guys and gals to come into T2. Our number plates say which place male or female we were with. This was mostly for media and for the crowd so they knew who they were cheering for. We rang our bike bells, rode along and announced “2nd place female coming” and got the crowd all cheering for our pro. It was fun. 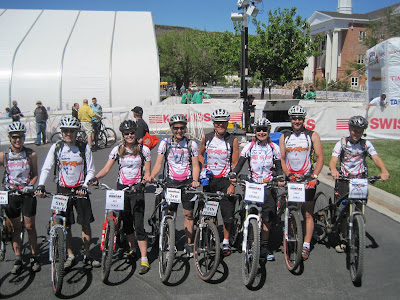 Goofing off at T2 waiting for our runners to come in. 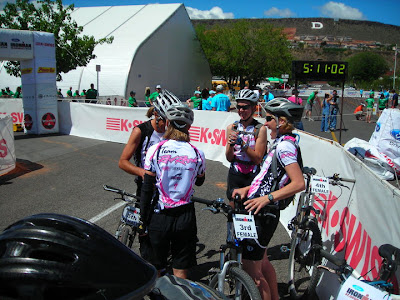 I escorted 2nd place pro woman. I had Meredith Kessler for the entire time. She came out T2 at a rippin fast pace and kept it up with no fade for 26.2 miles – uber impressive. 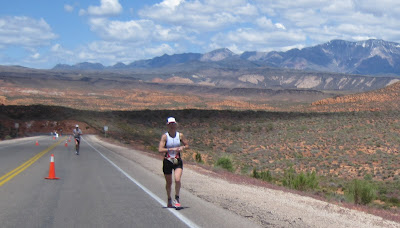 Some of the run course aid stations were off the charts party zones with rabid cheering and themes. My personal fav was the disco theme aid station with pink leggings, crimped hair, one sided pony tails and LOUD disco music – awesome.

The aid station winning first place award for popularity was aid #9 with a Luau theme. They had a live band and a pig roast among things going on. 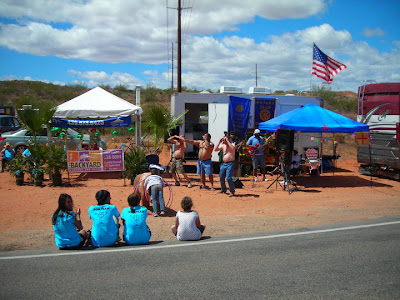 Another aid station had a rock theme and a live band pumping out tunes like Eye of the Tiger!! LOL Classic

It was really fun to be on the volunteering side of the fence at this race. The organization was top notch thanks to many but particularly Volunteer director Colby Baggs Neilson. If you want a volunteer position for IMStG next year see Colby. But if you want on the escort team see me – I have already volunteered to be Captain again next year!

Colby directing at the Captains meeting 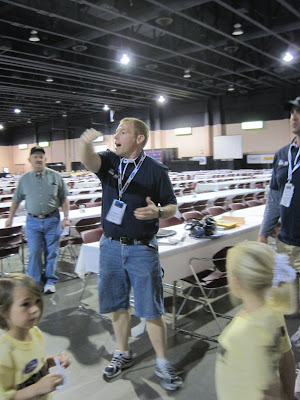