Riding Kokopelli Trail always turns into an adventure no matter how you approach it. I have had many a good time on the Kokopelli trail. Last weekend I got to add another worthy Koko adventure that list. 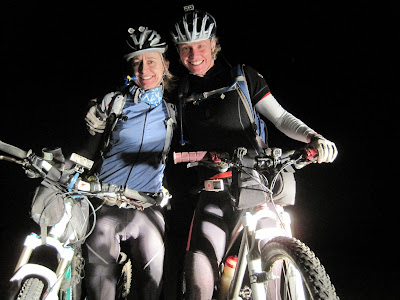 Kokopelli Trail has a special place for me. It sits as a benchmark in my life for a number of reasons. It opened up my eyes to quite a few things and revisiting the trail and views invokes much for me.

One of those things was opening my eyes to new aspects of riding. It was the first place I carried a water filter with me on a bike. A simple thing but revolutionary to me at the time as it extended the range I could foray on my bike without being tied to a spigot. Many water filter enabled adventures have ensued. 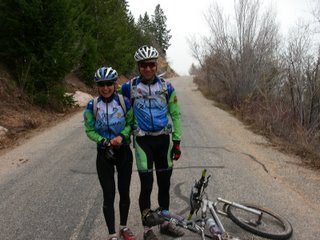 The Kokopelli Trail Race in 2006 was my first ever unsupported race. No woman had ever finished it and I was determined to! My finish time, 15:03 still stands as the course record. I hope a lady breaks it soon! That will fire me up undoubtedly to go back again and ride it fast. I have not tried to ride it fast since 2006. We had big headwinds that day. It was not a record setting day. It is a soft record.

I have ridden Koko in 3 days with a friend who is now a very good friend. Koko is a great place to make friends. 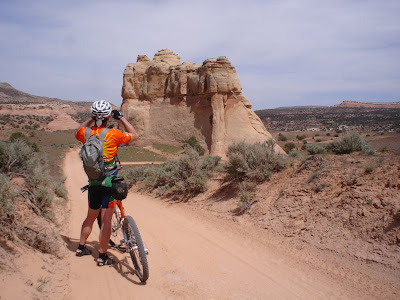 I rode Koko “backwards” in 2007 Loma – Moab in 15:06 thirteen weeks post collar bone surgery and in the midst of the final decline of my dead marriage. That was simply riding for the joy of being outside and not on a trainer or in a vicious marriage counseling office listening to how hateful I am. Kokopelli fed my soul in ways I needed terribly that day.

In 2008 I was deep in a single speed obsession so Koko had to be SS’d! 15:21 on my single speed Moab – Loma was hard! Koko kicked my butt that day. It is a bear to gear for on an SS!! Surprisingly I wasn’t that much slower SS.

In 2009 Kokopelli Trail did not see any of my tracks. MC asked me if I was *done* with Kokopelli?

2010 last weekend I saw my friend Kokopelli with another friend JJ. I invited her to ride Koko with me. We saw the sunrise at 8,600 feet in the La Sals. 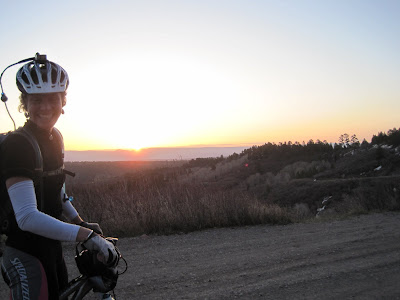 I did my best eagle 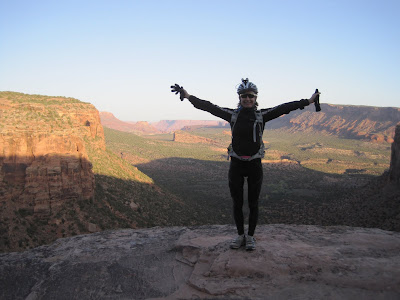 We had blue skies and sun 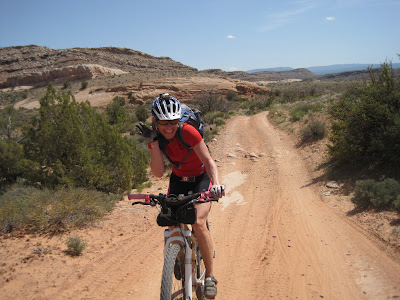 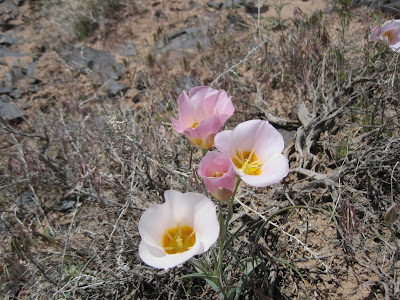 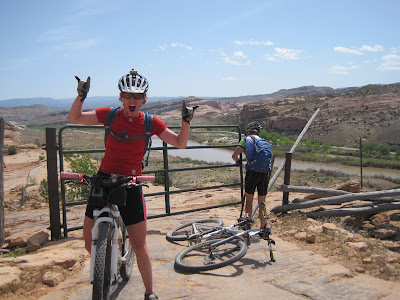 I nailed my ride goals 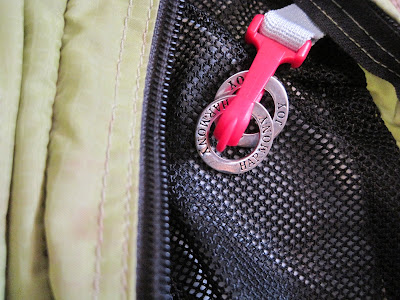 We had a blissful day. Koko gave us soul. Koko kicked our butts. We called it at 105 miles when the bliss level dropped and skipped the gutting it out bit of the last 40 miles :-)

Nailing my joy and harmony goals with a DNF was a complete surprise – a scenario I hadn’t considered. Koko has something new for me each time.

Instead we headed for Paradox Pizza – best pie in Moab. It was perfect :-)

I had a lot of fun writing this blog finding the links and looking at past Koko adventures and photos. Good luck to everybody setting out on their Koko adventure anytime soon.

6 replies on “My Kokopelli Adventures”