We had a diverse group show for the first annual Paunsaugunt Enduro.  We had riders from California, Arizona, Utah, and Montana.  With routes of 44 to 96 miles, there was something for everyone.  I’m pretty sure everyone found what they were looking for.

Camp was a cozy affair, big shady pines and showers nearby. 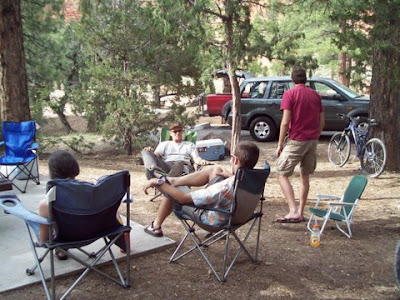 It seemed a Lenz Sport bike was mandatory equipment for this one. 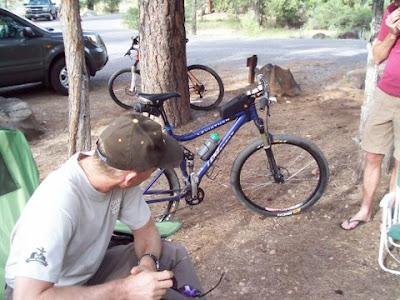 With CTR coming up in 2 weeks it seemed a good idea to do a long ride the day before the 96.  Not sure what I was thinking, but…I’ve always wanted to get to the top of Mt. Wilson near Thunder Mountain.  It just looks like it would have a good view from up there. 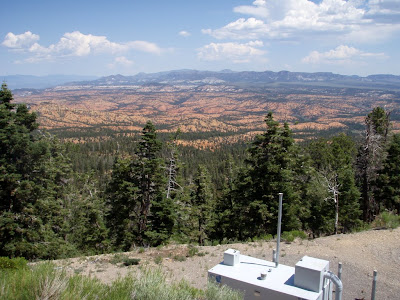 There’s a rocket ship up there? 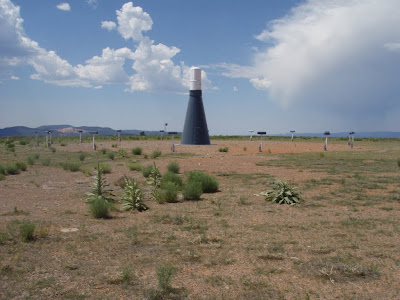 Meanwhile, there were fires ablazing near Tropic res.  The 70 and 95 mile routes were routed right through those fires – last minute reroute required!  It was simple enough though. 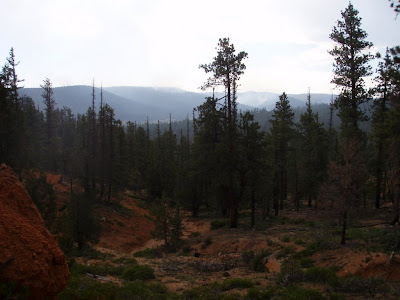 This sign gets understatment of the year award.  OnlyDaveC knows what I’m talking about. 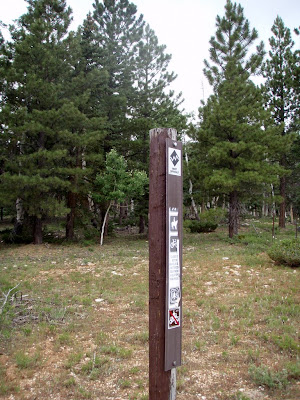 The initial section of the grandview that seemed so hard a month prior has had some trailwork and was much more rideable.  What I expected to be a 2-3 hour  hike a bike turned out to be pretty quick and a lot of techy fun. 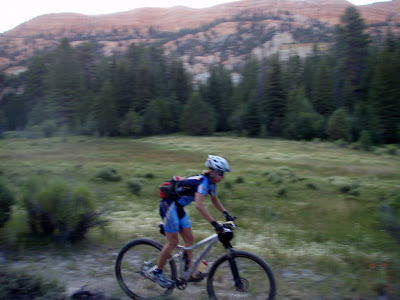 It was a real pleasure to show some of my favorite terrain to others. 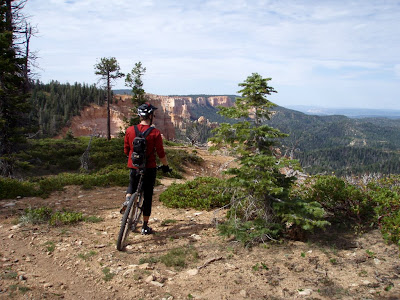 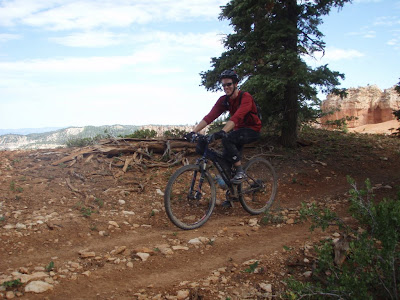 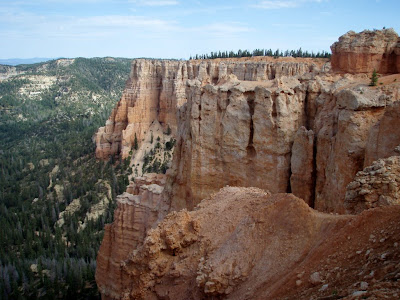 I chose to ride the long one.  I’ve seen all the route at one time or another, but to string it all together in a day – well I just wasn’t sure it could be done.  The warnings about carrying bivvy gear were real.  After a water top-off at the Robinson Guzzler I plunged off the plateau into the no-mans land known as the southern traverse – this is also part of the Trans Utah route.  Midway down the descent is this sandy knoll with a view. 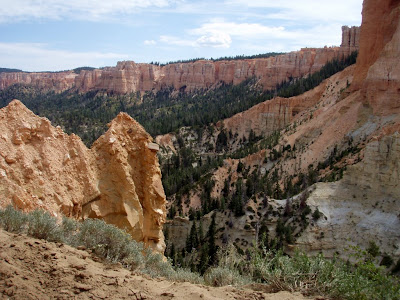 It is very challenging terrain.  Sand, steep, remote, dry, hotter than the plateau.  Full of wildlife!  I’d only been here once before and it was as good as I remembered. 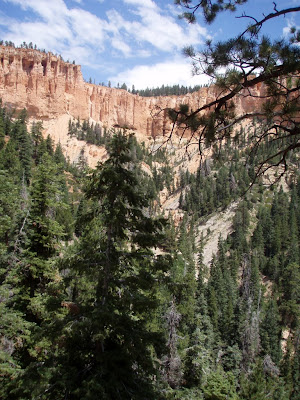 The route leaves the Grandview and heads up the Crawford pass trail.  Great riding to be had here, but you pay dearly for it… 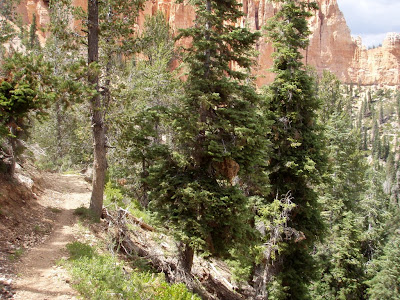 I had to get it rolling from Crawford pass just to get to camp before dark…meanwhile one lone warrior got to experience some summer storms on the south end of the route, far from camp and a forced bivvy ensued. In camp we got a lot of hail. 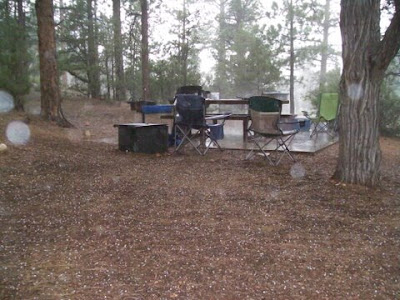 Riders got 5.5  to 26+ hours of being out there this year.  It turned out to be quite the demanding route, the 95 especially leaving an impression on me – primarily a need to modify the Trans Utah route to something a bit more friendly.  For a 1-2 day epic though, it was the bomb ;)

Next year?  I’m leaning strongly towards a June date.  Lynda already set my wheels spinning on a few new course ideas too…

Thanks for coming, it was our pleasure to ride with y’all.