It may be February, but I’m in the midst of a full blown Paunsaugunt obsession.  Go figure, its deep under snow and inaccessible till late May or so.  It started back in October.  The Trans Utah route blazes right up and over the Paunsaugunt, hitting the best trails in the process.  I was really looking forward to riding it again but was denied by that early winter storm.

We did a lot of exploring last summer up there.  There are a lot of quality trails up there, and some very remote trails.  Once I got the lay of the land and trail network I’ve had this idea to create a one day event up there.  It simply amazes me how good the trails are up there – and how little use they see.  I’ve never seen tire tracks on any of it aside from Thunder Mountain.

For grins and giggles I strung the GPS tracks I have together and added some best guess material for the routes I don’t yet have.  It looks like this: 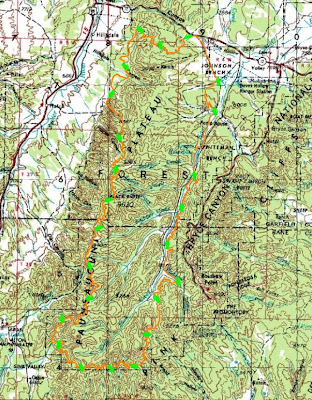 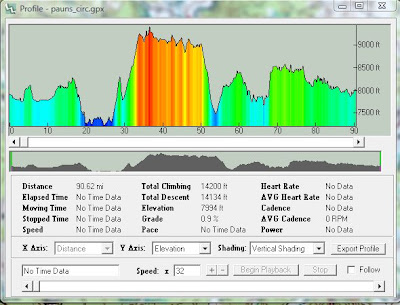 The route has a bit of everything.  The best trail I’ve ever ridden comes early in the ride – Thunder Mountain.  The fun factor there is off the charts, as is the scenery.  Plenty of Grandview trail – but only the good parts.  Some of that beast is overgrown with thickets from neglect.  ATV trails here and there as connectors, and they actually are quite good riding with great flow.

The route is a beast.  The distance listed above is most likely about 5 miles short of actual so it will be close to 100 miles.  Much of it is slow going.  The southern section is simply amazing…Google Earth the TU route for the skinny on that…and it’s also extremely demanding.  Lots of up and down, lots of singletrack, rugged, remote, a real ass kicker.

I’ll have 2 routes:  the full monty, and a shorter route that avoids the beautiful beast that is the southern traverse.  The date will be either July 11 or 18.  Any requests for either?  The 11th is good timing as it’s the week after the 4th – the ATV crowd will still be nursing hangovers at home that weekend ;)

Some of the terrain we’ll hit: 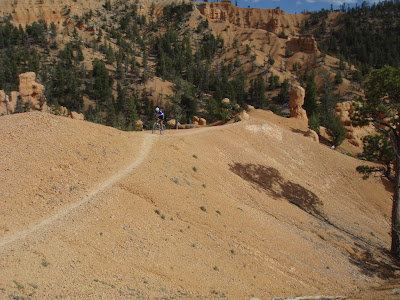 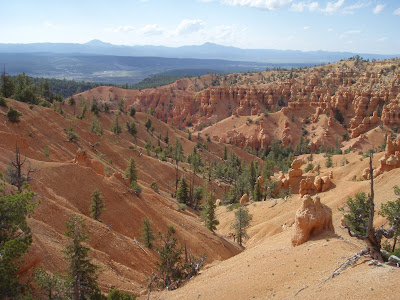 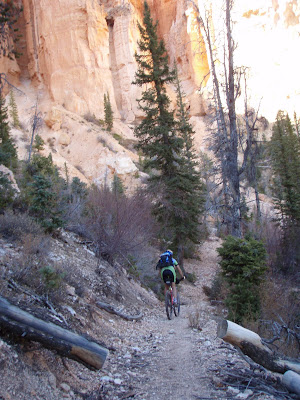 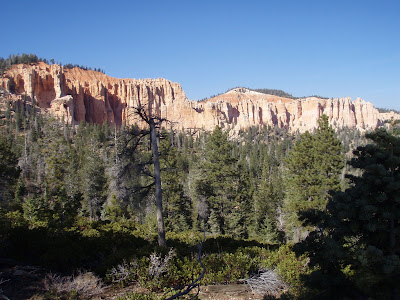 This is the land of Bryce Canyon national park.  We won’t go into the park but be close to it.  A big group campsite/staging at Tropic res complete with amphitheatre for podium ToC style will serve as basecamp.  It’ll be a cozy affair ala KMC.

This is one you’ll want to make.  Are  you in?  Any date requests?