I can ride again :-) I can’t ride fast yet but if I keep the power down I can ride all day. I rode for 6 hours yesterday and my average power was 98 watts! Those 98 watts propelled me and my bike 51 miles tho! Riding in whatever format makes me happy :-)

It was snowing on me as I pedalled along West Mesa (on the east side of Seegmillar mountain). It was windy and wild feeling. I hear a rumbling sound behind me and turn my head to see five wild horses galloping up towards me. Still moving, I whip my camera out of its holster like the Sundance Kid. 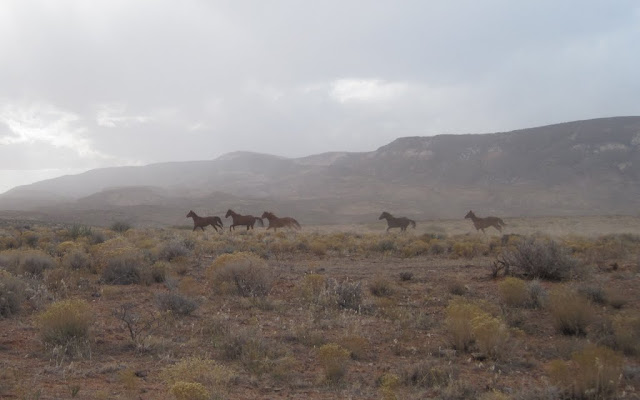 DH and I watched the original True Grit then Butch Cassidy and the Sundance Kid last week! I was so there with the sound of the galloping hoofs thundering on the dirt and the wild feel of the mesa!

They galloped ahead of me, rounded around in front of me then slowed up. 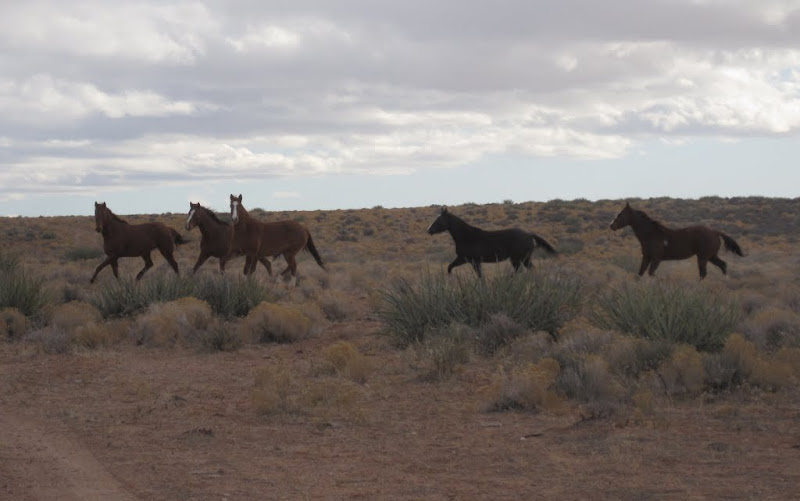 I stopped and they stopped too. The dark faced horse was clearly the boss and in charge. The other horses followed Boss Hoss. 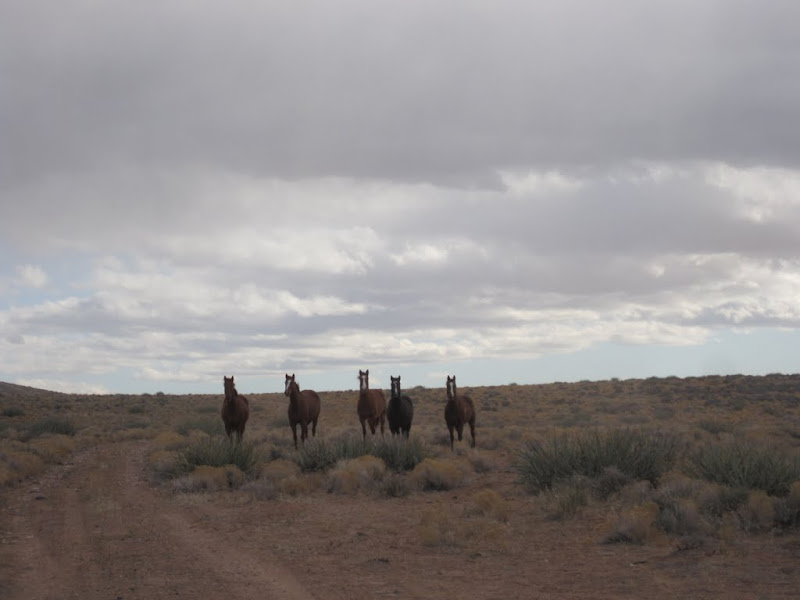 After a moment checking me out from a distance they walked towards me led by Boss Hoss. At this point I wasn’t sure if they were curious, wanted a snack or wanted to eat me. I was by myself.

They stopped about 30 feet from me and we stared at each other for a while. Then Boss Hoss started pawing the ground and snorting at me! I don’t speak horsey language but got the vibe that boss hoss wasn’t feeling friendly today! Google search later at home said:

Dominance – A horse will often paw when showing dominance. This is different from striking out. The horse will strike the ground with his front hoof. The leg will usually be straight and the neck will usually be arched. Sometimes they may vocalize or snort while exhibiting this behavior. 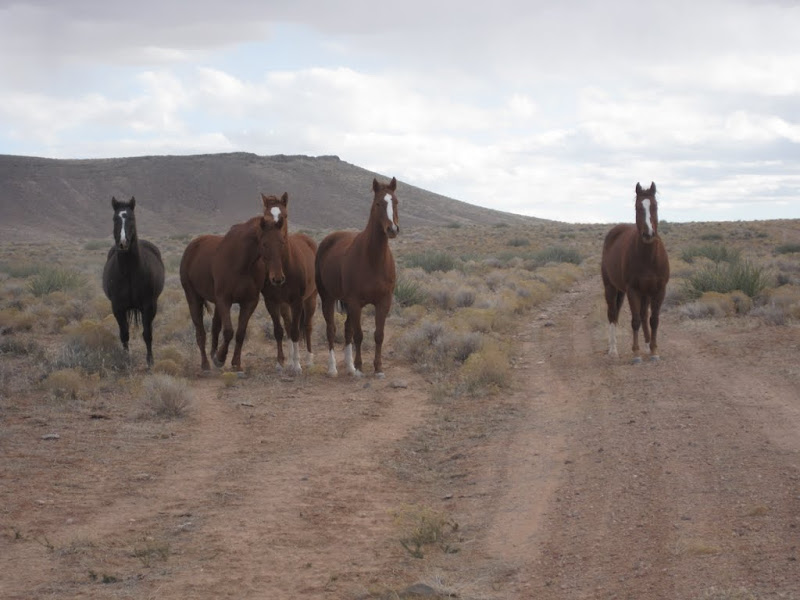 We had a bit of a stand off until the white faced horse moved out of the road to stand behind the other horses and I pedaled on past with them watching and Boss Hoss snorting and pawing.

Then they started galloping beside me again and ran beside me for a few minutes before veering away and thundering off with their hoofs rumbling on the dirt. 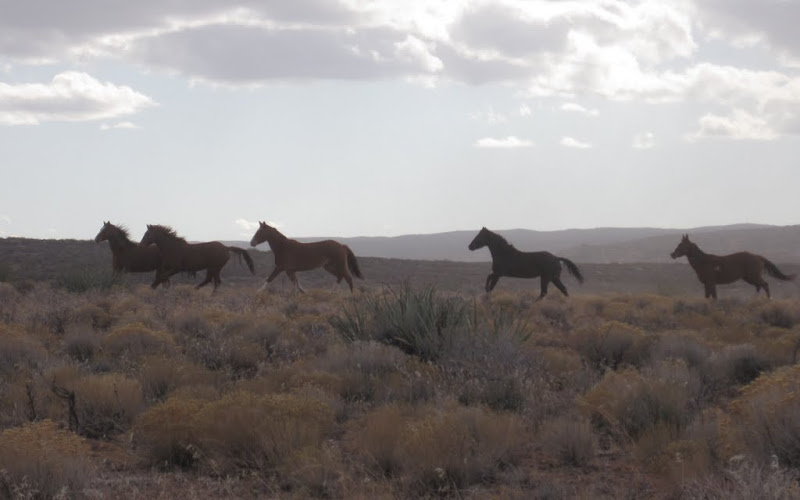 So cool. Made my day.

Here is a map of my ride:

6 replies on “Saw wild horses. Got snowed on. Had an adventure.”