Despite the amount of time (years!) I’ve spent in AZ I’ve never done more than a drive through of Prescott.  I’m not a big whiskey fan, maybe that’s why…back in the river guide days I worked with at least a dozen Prescott college kids, always earthy and eager.  Since part of being a river guide is living the lifestyle of the  homeless, I guess it shouldn’t have come as such a surprise to see a large homeless population.  An abondoned covered carport (or motel minus some walls?) featured a spray painted bicycle, underneath the caption was “live free or drive”  and underneath on the ground an old foam pad and 38 empty beer bottles, a couple of hamburger buns.   This is getting random I know but wow, Prescott has an eclectic homeless population!

I’m in the middle of the creation of daveV2.  I’ve made a ton of changes – really all dietary – since OP.  This weekend was to be the first big training weekend for quite some time.  Whiskey 50 on Sat and Prescott monstercross course on Sunday…that should be perfect.  After seeing the GPX for the monstercross I was stoked for it!  And after riding the Whiskey on a 32.19 I was certain a 32.20 would be better ;)  Being a high cadence guy, that’s something I have to learn over and over….I just like small gearing, plain and simple.

The day was gonna be a long one – following the ride was the 7 hour drive back to St George, so we we’re moving early.

We started the day with a modeling session.  Note the fine blending of colors of jacket, shorts, shoes.  We spent hours getting this right. 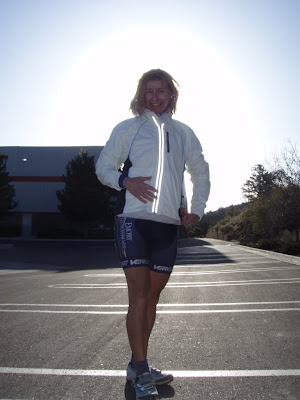 Breakfast of champions.  It’s worth a shot. 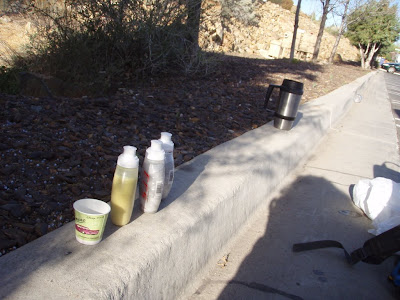 This course…wow.  The Whiskey 50 was a good intro to Prescott trails and how sweet they could be.  Merely a taster though, as this circumnavigation of town on a 10 mile radius linked endless, wonderful, blissful singletrack.  Full of surprises, buff pine matt ripper trails, techy bits to keep  you on your toes, lung busting climbs, and some pretty cool urban bits as well.  Through it all was the sweet scent of ponderosa, juniper, and pinyon, and graced by the spring bloom.  I could go on and on about the course.  But I won’t.  Just get out there and ride it. 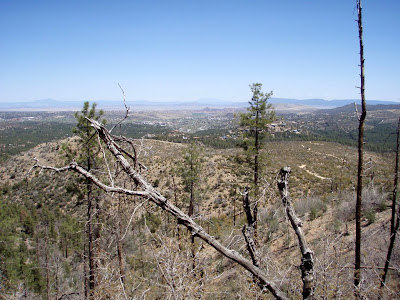 The drive home was uneventful. 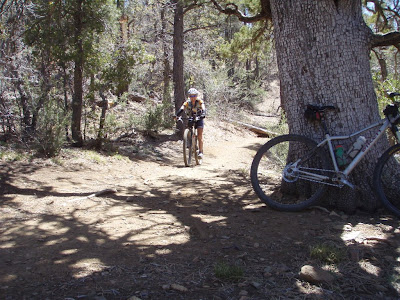 As I lay down late that night, I was still rocking singletrack on my Siren firmtail 32.20.  It was such a fine weekend, and the Preskit thang is no longer a myster.

And now, for some reason, this little pic below is front and center in my brain.  BTDT, but it doesn’t seem to matter.  There is building energy taking over…where will it go? 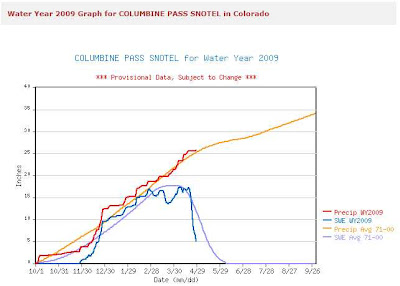 5 replies on “The Preskit Thang”