Last week we went for a trip to the hills.  Big surprise, eh? 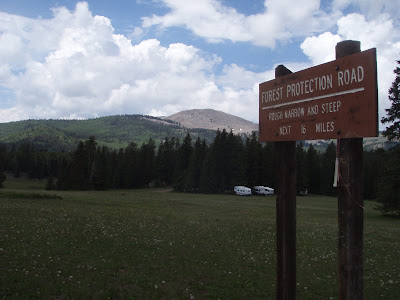 Yet another new mountain range.  Flowers everywhere.  The Crested Butte of Utah was our destination. 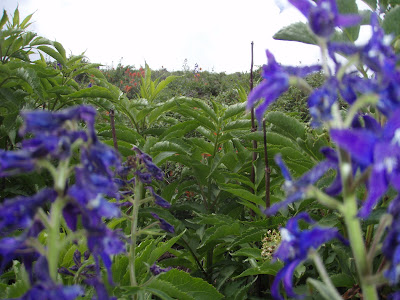 Where is this anyway??? 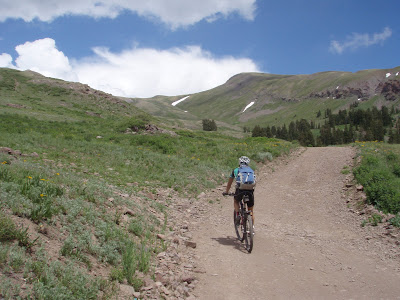 Nope, that’s not Mt. Crested Butte and no, this isn’t Scotland. 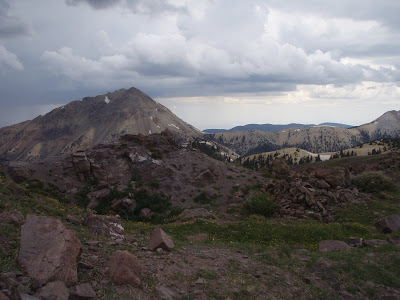 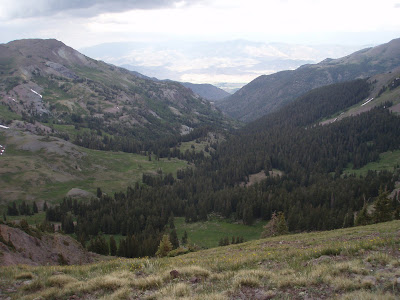 Towards the end of the first day we were both a bit tired.  I wanted a nap.  Then…we found a trail.  No more sleepy! 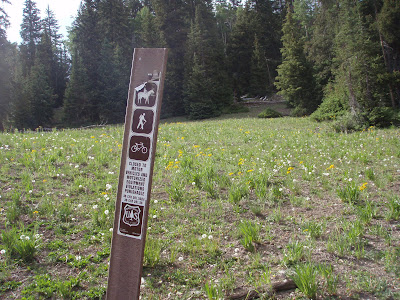 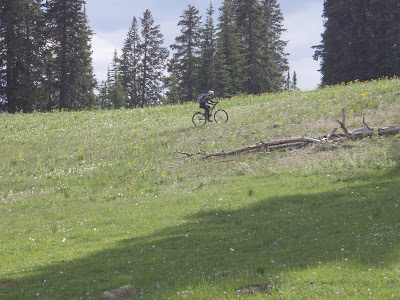 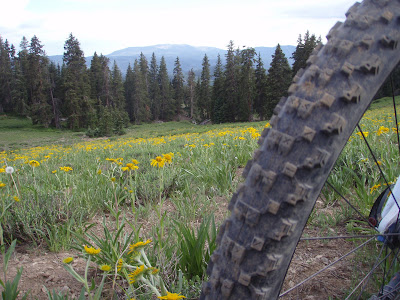 It rained.  It got dark.  An epic was looming. 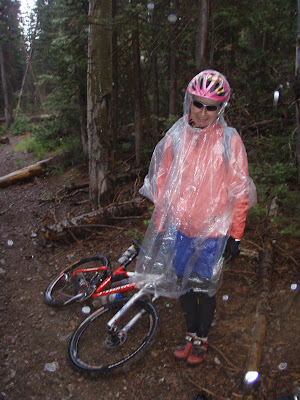 But alas, we made it back in time to set up camp in the twilight.

The next day was big, even by our standards.  We spent the first half of the day getting sort of lost looking for non-existant trails, bushwacking, following game trails, heading back above 11k’.  Simply brilliant riding all in all.

More critters call this place home than anywhere I’ve been. 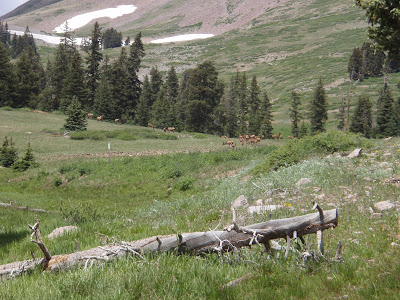 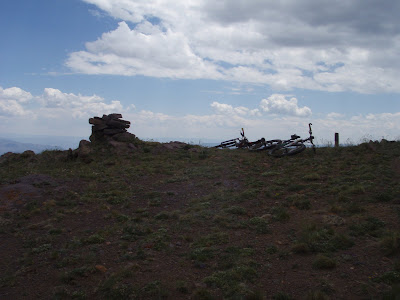 “We came from up there!” 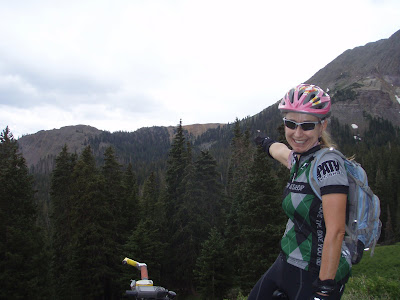 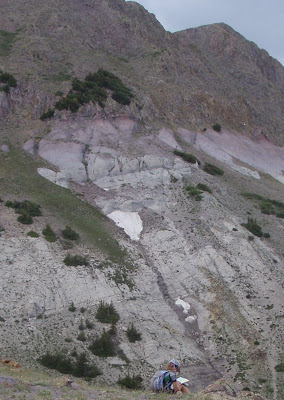 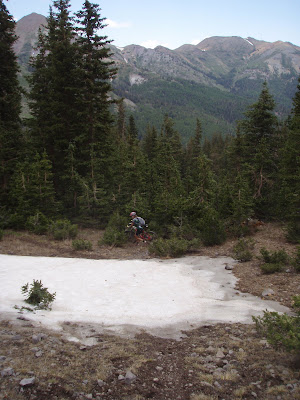 After a couple hours of bushwacking this post appeared.  A marker on a long forgotten trail. 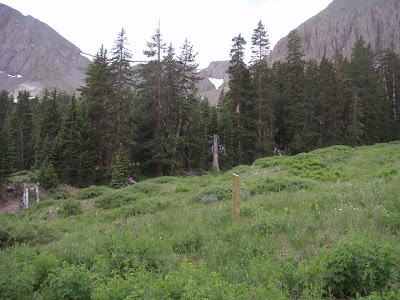 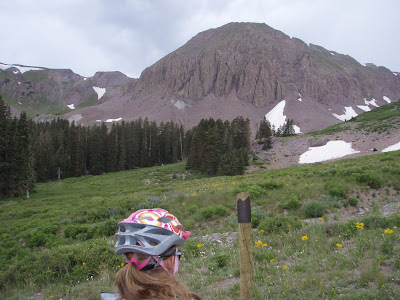 As Rocco says, “why must we always return to the scatalogical?” 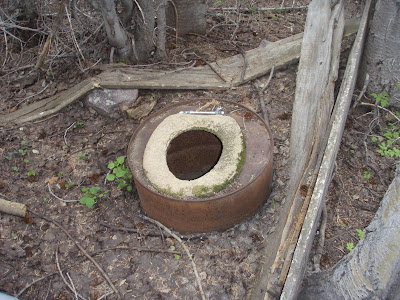 Honest, this is Utah, not Colorado.  This looks so much like the Ark valley above Salida it’s sorta mind blowing. 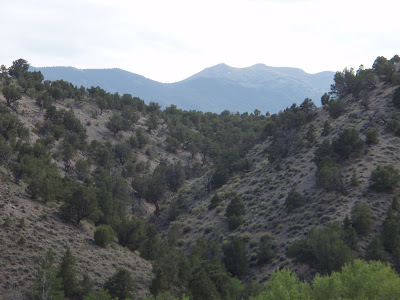 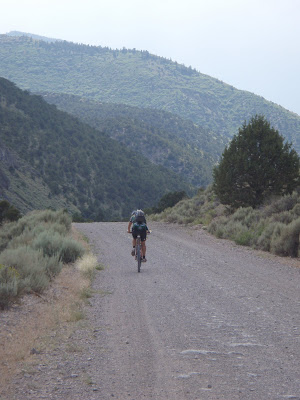 Since the trails here had been handing us our ass, we opted for the forest road option.  5k+ climb, coming up at the end of the day!  One of my favorite times on a bike this year hands down.

It took awhile but went by in a blur.  Here’s LW riding like the wind to the edge of the world before sunset. 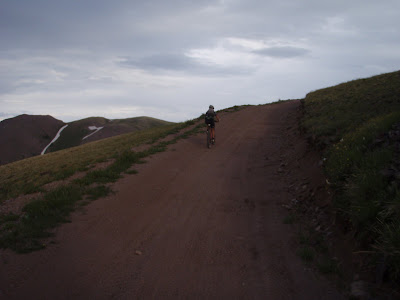 The next day was a big trail exploration day.  We found absolutely wonderful trails with huge views. 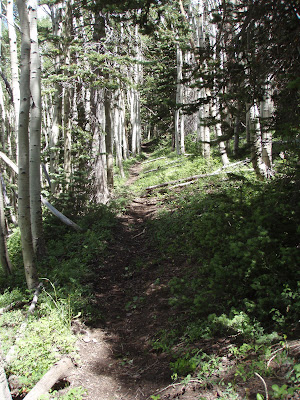 In loamy areas the trails were great.  In meadows, nearly non-existant.  Routefinding & GPS use in action. 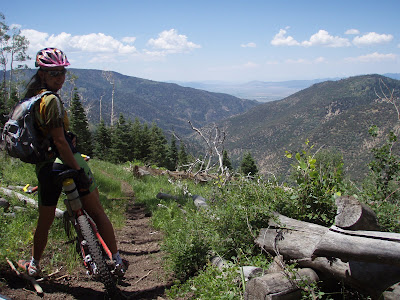 Eventually the trails dropped from near timberline to 8k…and went nowhere.  Time to backtrack. 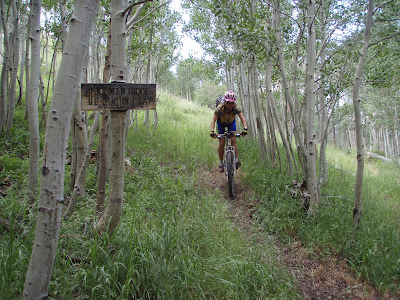 Cruising back to camp easily was the call as the next day we were going to really leave some tracks all over these hills.  Big plans.

Then, I came around a corner and there was Lynda all tangled up in her bike on the ground, bleeding, unconcious, right in front of a stopped car.  Once I could breathe again the old lessons of wilderness first responder courses came flooding back and I got into action.  Touch and go for a while there.

It boggles my mind how fast things can change.  In the blink of an eye it can be game over.

What’s it mean?  Plan for tomorrow but live for today.

Late edit:  I didn’t mean to be secretive about the location…just having fun.  Tushar mountains between Beaver and Marysvale is where we wandered.  3rd highest mtn range in the state.

Here’s some graphics for the second day: 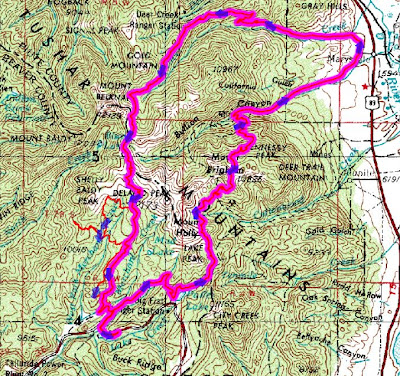 There is a bit of vert on that route: 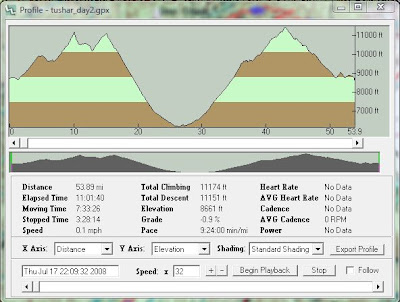 We spent a good bit of time on the Piute ATV trail system. We saw few ATVs generally speaking, and not a soul when we wandered off on singletrack.

It’s a bit too far north to include in the Trans Utah route…but the region is RIPE for a self-supported event of it’s own. Or just good ol’ sploring ;)