This has got to be the most mis-titled post of all time…but I digress.

I’ve been lucky to be part of some tight-nit groups over the years. One of the tightest is the BC, best friends on the river some years ago, the connection made even tighter during a few record high water trips through the Royal Gorge. It’s been 7 years since the last BC reunion!

The players for this round: 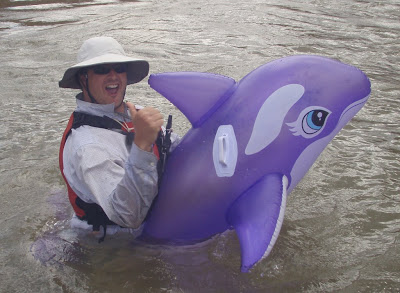 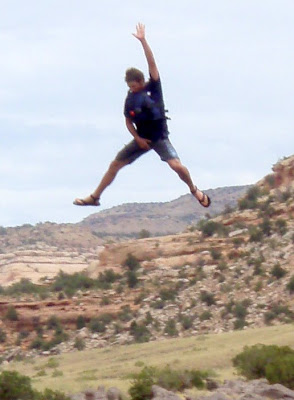 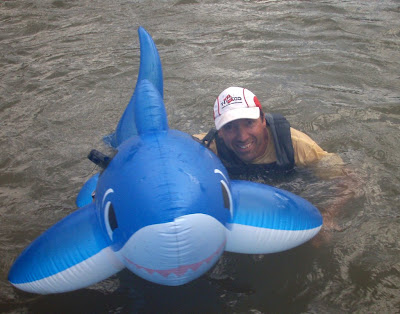 Of course the reunion took place on a river, where else?  But first, it was birthday time. 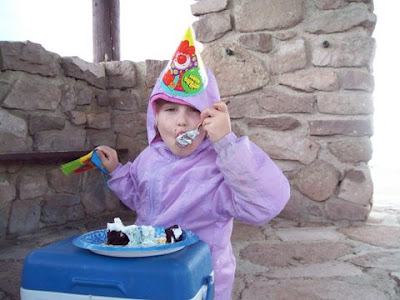 Emma turned 7 the day we left for our trip.  It has been her dream since Christmas to spend her birthday in the rockhouse on top of Brianhead Peak, 11,300 feet high.  So we travelled to Loma by way BH peak.  LW packed an ice cream cake in dry ice for the festivities on the peak – and it was nearly cold enough that nobody wanted it.  Not! 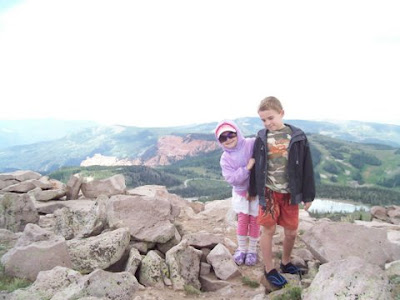 A motor scooter!  This thing is so fast.  Scary fast. 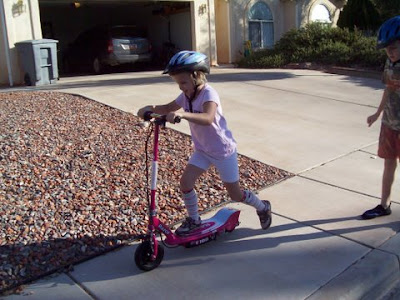 River trips.  With my head full of bikepacking and CTR, it was tough to pack enough stuff to warrant taking this big ol boat.  I tried but we still were lightly loaded compared to the rest.  We clearly have all the wrong gear.  The sleeping pads alone used by most boaters is bigger by both volume and weight than my entire bikepacking kit.  It was both old hat and eye popping. 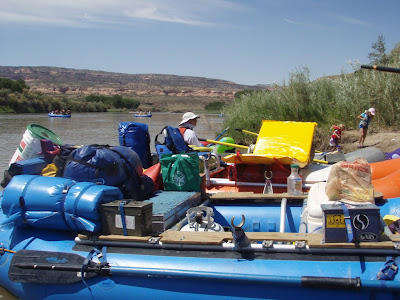 The BC reunion was a success…but by far the trip was all about kids.  Unless I’m missing a few we had 10 of them plus one half way there, an even mix of boys and girls.  Cliff jumping, nitrate free hot dogs, territorial disputes were the highlights.  Note to self:  the river is not the place to feed kids green things.

These three were inseparable.  Wes spent a grand total of 45 seconds in our raft. 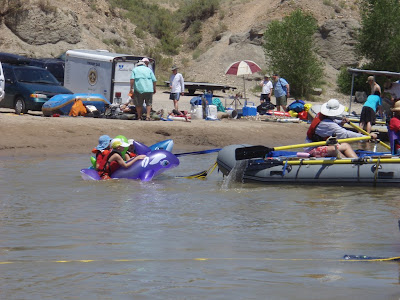 Jack and Wes ruled the roost.  Well, except when the girls stole their territory. 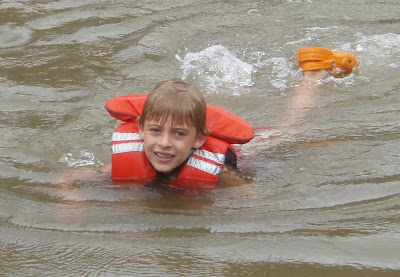 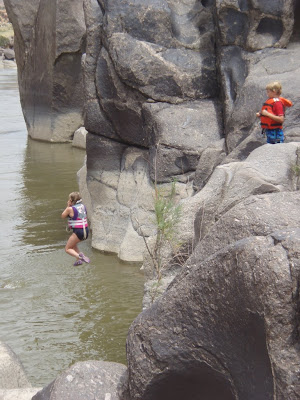 … and Wes grew wings too.  Maybe some gills as well. 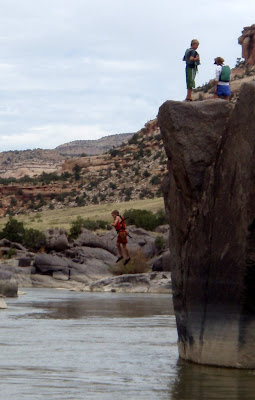 We even got rain!  Lynda was wise to get this multi-purpose umbrella pre-trip :) 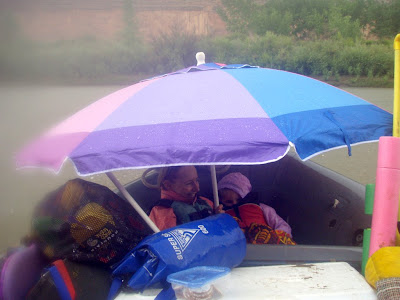 The BC is growing up.  Kids change everything…nowhere was this more obvious than the takeout cluster.  Back when we were pros we’d be in/out of a river takeout in a few minutes.  Well, we’re private boaters now, those guys that take forever to get their junk off the beach.  The Westwater takeout was full up and we were queued up about 10 boats back when a boat from another trip behind us went around us to cut in line for the ramp.  This sent a “kinder, gentler” Murph into a diatribe of what to do, let it ride or tear them a new one?  In years past there would have been no question and frankly I was baffled by this behaviour!

Of course it ended as it should have.  Jen, 5 months pregnant and feeling it bless her heart, told those guys what Murph would have 10 years ago.  Like a sailor. 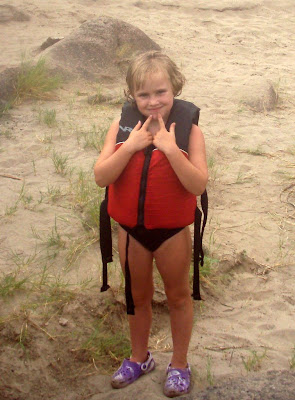 Great seeing ya BC, let’s make it sooner than 2015 next time eh?

One reply on “Clang, Clang!”