SSWC09 was without a doubt the nuttiest race I have done. The aid stations served mostly beer, one had freshly cooked bacon and crossing the finish-line I was handed a beer…

I didn’t win :-) The win plus tattoo prize went to Heather Irmiger. The tattoo turned out to be big and ornate –  Yikes!

There were over a thousand single speeders on the start line and probably about half in costume. The costumes were the best part. It is amazing what you can race in. 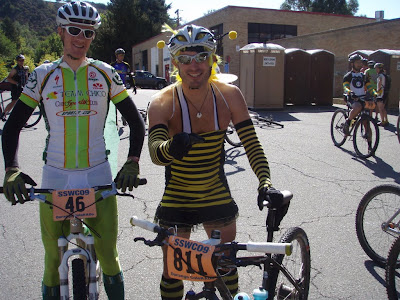 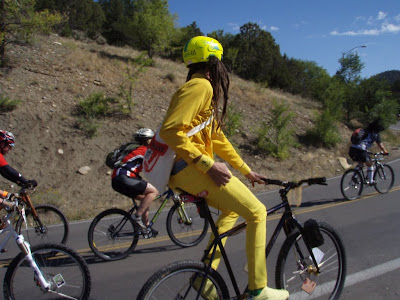 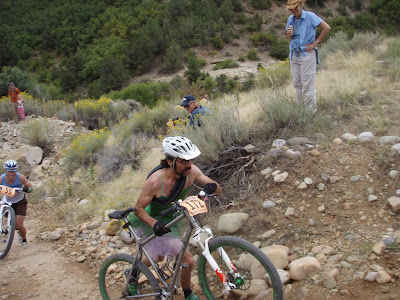 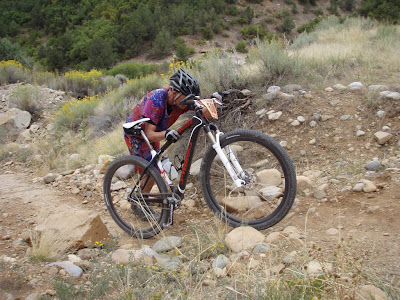 It was a mass start – more like a parade! I staged near the front to get a good position in the crowd. After the sketchy wheel bumping neutral-parade start the field strung out up a 20% paved climb. 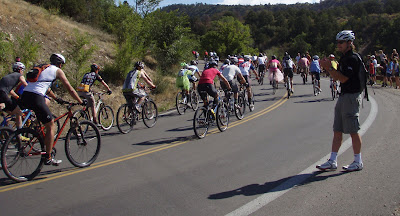 Once in the dirt and single track I had fun moving along with the pack, laughing at all the antics and costumes. Some folks were really racing and some were goofing around but most everybody near me on course seemed to be awesome riders and have mad skills. The caliber of the field was amazingly high! The course was burly too. Steep in places and super tech coming down Raider Ridge. Lots of tight twisty trail in the oak scrub persuaded me on the pre-ride not to wear my Tinkerbell wings but the rest of the kit saw action. 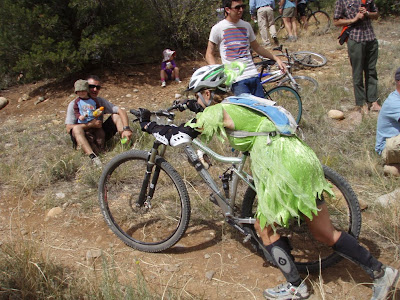 I was disappointed the 2 aid stations marked as ice-cream stations on the course map turned out to have nothing but beer and bacon…It was warm riding in body armor! I think I ended up in 6thish place in the women’s field. I slowed a bit near the end letting some racers pass as I wanted to look at all the folks cheering near the finish line. I was treated to a surprise seeing JJ and Ed near the finish with JJ madly ringing the Tinkerbell she gave me and screaming louder than most :-) Thanks JJ!! The crowd cheering were dressed in over the top costumes, wildly vocal and having a blast too. It made me smile big and laugh out loud. I don’t think I have finished a “race” before laughing!

But that was only half the weekend. Sunday we had a huge adventure planned on the Colorado Trail. Dave and I were up at Molas Pass before dawn. It was below freezing and we were cracking through ice covered puddles on the trail. 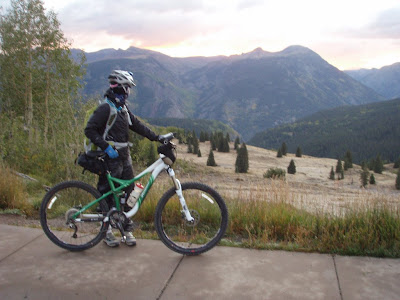 We climbed up to snow level. Very beautiful up there. Huge, huge views. 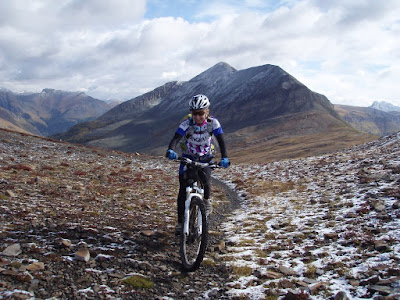 The white was deep enough to make tracks at the top but not enough to stop us. 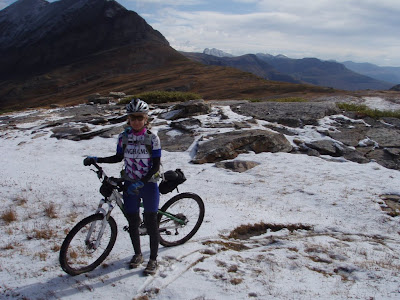 The clouds moved in along with thunder and lightening. We huddled under a tree several times as snow, hail and rainstorms swept over. During a gap between waves of storms we made it over Blackhawk pass. Full on waterproof gear day. 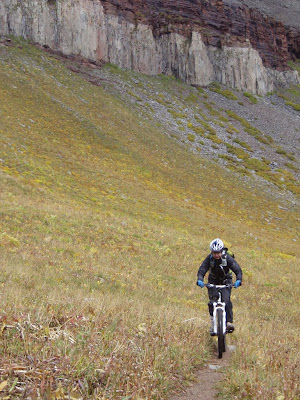 The weather was too unstable to head on over to Indian Ridge as planned – very exposed up there I’m told. So we short cut the ride at the 10 hour mark and headed down for a buffalo burger at Carvers – yummy :-)