May 29th a group of us will be heading out on a Grand Loop mission.   I’ve done this route before, so to make it more challenging this time around I’ll have just one gear.  This route is hard enough that success rate is something south of 40% for those that attempt it – and it only appeals to a rather salty crowd.  SS finishes?  Nada.  I don’t know if I can do it…and I like that.  Makes me feel alive with that tingle in the tummy.

Since I have yet to do an overnight trip with the single – and May 29 is coming quick – the time is  now!  And, why not dovetail it with some TU splorin’?

I mapped out something that was about 130 miles and looked fairly climb heavy.  That should be sufficient.  What I got was a bit more than I had imagined tho!

Distance is ~ 15 miles short – a GPS malfunction towards the end of the 2nd day had me losing a big chunk of data.  Grrrr….

The start was up Veyo-Shoal creek road.  Confusing sign – singletrack road?  That’s an oxy-moron.  Sure looked like double track to my eyes….up the recently burned moonscape, steep climbing – loaded and single, ouch – just what I needed to get a feel for.  Oi.  I knew there was water aplenty up here but I started with 175 OZ just cause.  I really don’t want to do much walking in the Shandies so this would be a good test. 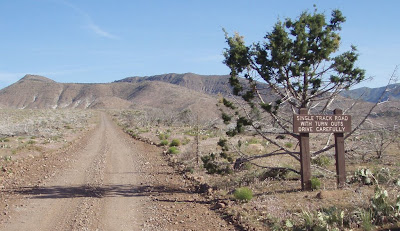 The moonscape quickly gave way to incredible greenery!  2 weeks ago the oak brush was still dormant.  It is now a glimmering shiny spring green and it covers every peak in this region.  The riding continued steadily up, up and up… 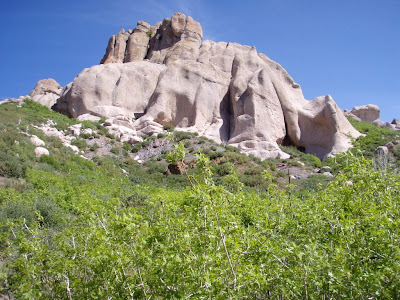 Detour from plan #1:  like a moth to a lightbulb, I seem to have this fatal attraction with the South Boundary trail.  I could not pass up such a *civilized* looking trailhead.  Off into the unknown… 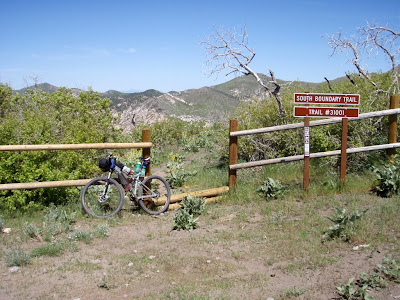 And as luck would have it it was mostly rideable!  Big views, epic descents on singletrack overgrown with flowers giving way to a descent down a nearly unrideable boulder field.  But not quite ;) 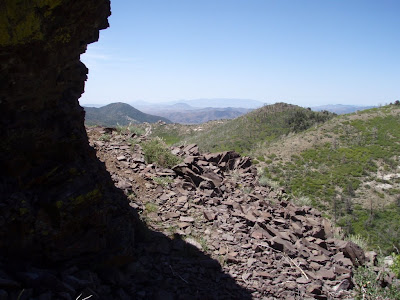 That was almost at the Nevada/Utah state line, it is lonely remote country.  Water was everywhere.  Heading east, Pilot Peak trail escorted me past Flatop, then Ox Valley…and one big hike a bike up to the top of Big Mountain to see this.  Farthest horizon  line is the Lost Peak area where the above trail was, center of pic is Flatop and Pilot Peak, Ox valley not too far but out of sight.  Already a big day, I still had some miles to cover to get where I had planned to camp. 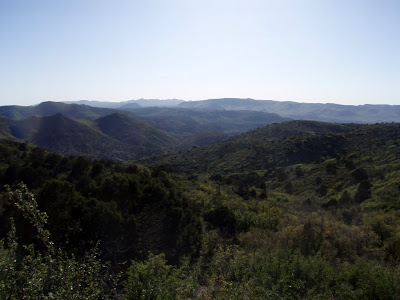 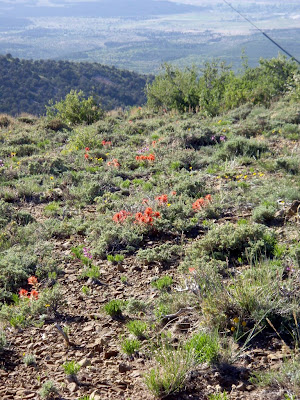 It’s flower season as we all know from MC’s blog.  This is one of my favorites.  Most of the time you don’t see them until you are nearly on top of them as they grow so low to the ground.  Pink carpet, I call them Emma flowers.  This particular patch I found amidst a 4 mile hike a bike. 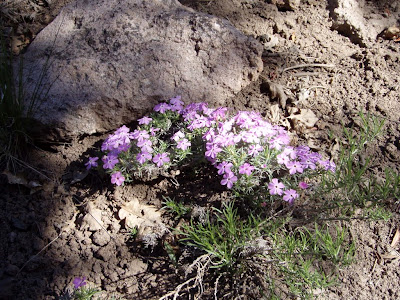 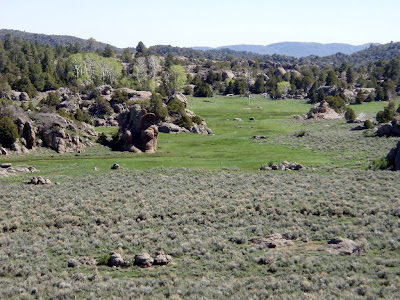 Since it is outside the boundary of Pine Valley wilderness I thought I’d give it a go – but once at the lake I was looking for alternatives.  And…I found one!  A brilliant trail rolled along the top of this range, from lake to lake.  The trail was often gone only to reappear.  Can you read the sign below?  Yea, this place has been forgotten by all but the hardiest of cattle. Eventually the trail became a ripping singletrack descent, all rideable – flowy even.  Fun stuff!  I was thinking there must be a way to work this in the TU route.  Suddenly the trail ended and this is the sign that greeted me. 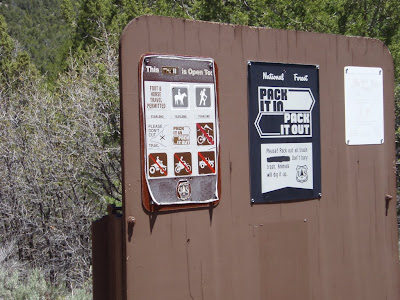 Overnights in rough country on a SS?  Seems pretty doable to me!  I did a lot of futzing with gear placement and had a batch of velcro straps and zip ties to use.  Once the Epic Designs seatbag arrives things will get even better as the front end was too heavy for hike a bikes – and one consequence of a heavy front end when on a SS is a light rear end – bad for traction.