We went to Sedona, AZ for the SBFL last weekend.  Lynda raced, I just rode.

Chad warned that the first 10 miles were pretty harsh and rocky, but I read in the descriptions it also included the best views in Sedona.  I set the Lev up all super squishy to soften the course…but wow was I still hammered.  Seeing how a fall to the right shoulder would be really bad, it meant even more walking.  That first 10 miles or so took me 3 hours.  At times I wondered why I had my bike with me as it was slowing me down so much.

But of course it was worth it.

The route headed over this saddle.  Can you say exposed sidehill? 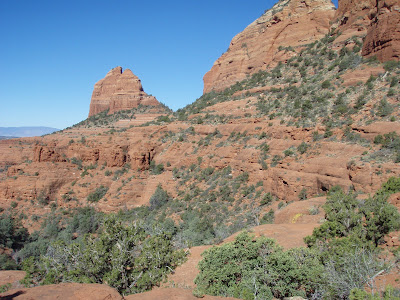 This must be that view Chad was talking about. The descent off that saddle was interesting.  It was too steep to walk and I was too scared to ride.  Oh dilemna! 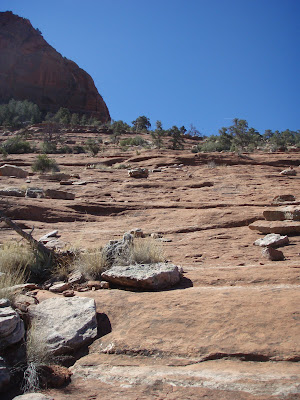 Finally across Oak Creek, figuring the trail would become rideable… 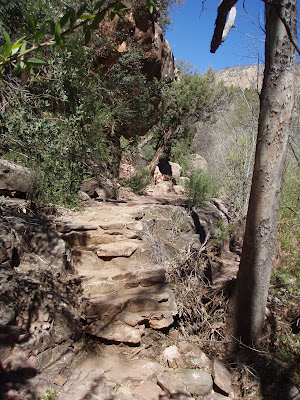 Then there was some rideable terrain for a one armed bandit.  The route went next to this huge sinkhole, I’ve never seen anything like it.  Sorta like a cave with the top shaved off. 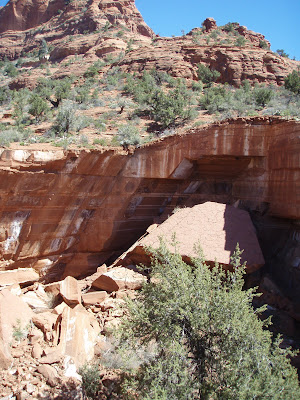 Feet are getting sore… 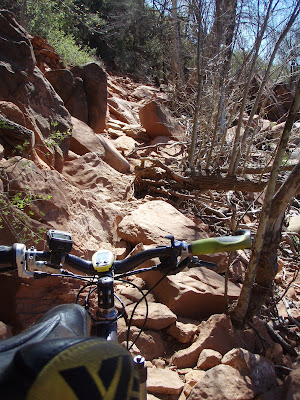 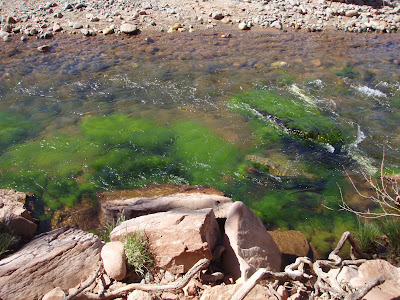 The south end of the route went near Bell Rock. 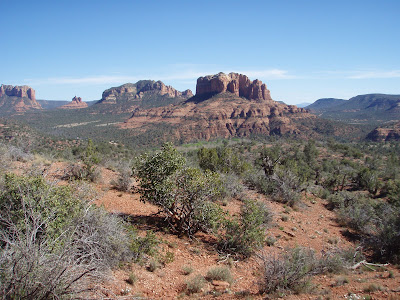 Somewhere around mile 45-50 I decided not to do the 5 mile lollypop.  I was hoping to get back about the same time as Lynda… 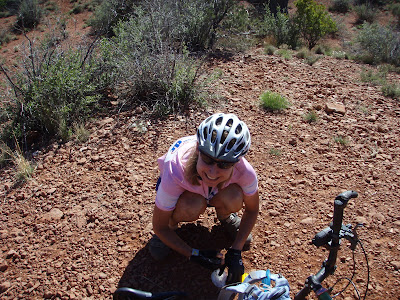 Lo and behold she caught me just past that junction.  She was having a fine race and working it.  I was limping and not so happy.  The route became entirely rideable to the finish…and we rode it together.

This route is, hands down, mile for mile, the hardest race route I’ve ever done.

And that’s a darn good analogy for the weekend.

Thanks for the challenging route Chad.  It was a real treat to see so much of Sedona linked up in a way I would never guess was possible.

6 replies on “Harsh beauty in Sedona”