You would think after a year and a  half in St George I’d be running out of new terrain to explore when leaving from my front door.  Such is not the case.  This region is tilted, corrugated, eroded into so many different land forms in such a small region as to present seemingly limitless opportunities for back yard exploration.  Necessity is the mother of all invention as they say…this foreign white stuff leading to it’s red-headed stepchild (mud, wet adobe) is necessitating some creativity if any dirt is going to be ridden.  And yes, there is plenty of dirt to ride around here :)

Time to peer into Topofusion and see what comes out of it’s crystal ball.  OK, that and looking around to see where it isn’t white.  The AZ strip looks fairly covered with white from my place – but that’s looking S towards N facing slopes.  It’s merely an illusion.  If it’s flat and below 4k’ it’s probably snow-free and maybe even dry. 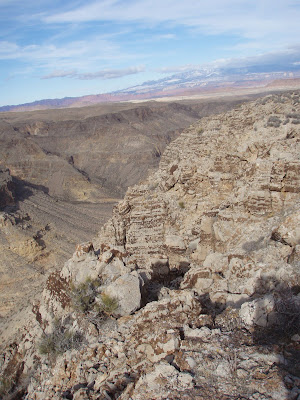 So, this new route.  It’s a beauty and features a rolling 1000′ climb overlooking the Virgin River gorge.  It was a fine route for rolling the SS. 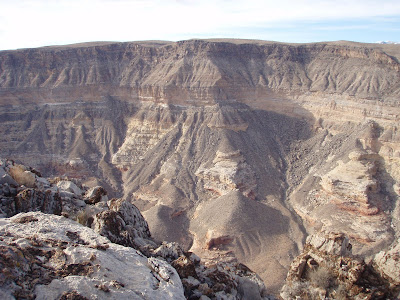 I kept asking myself what had kept me from riding here before?  We’ve talked about it for a few years.

Meanwhile, LW has a snack attack like none other at the top.  She just can’t seem to eat enough.  What is up with that? 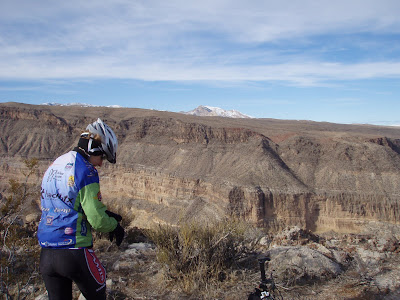 Rolling down the climb it dawns on her:  we were sitting atop Starvation Point. 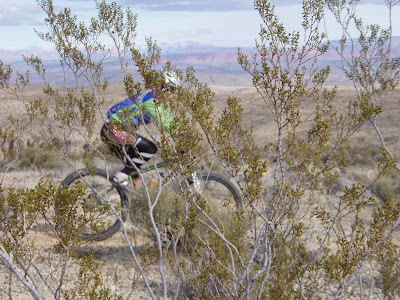 Here’s something to look forward to in Camp Lynda and don’t forget the snacks! 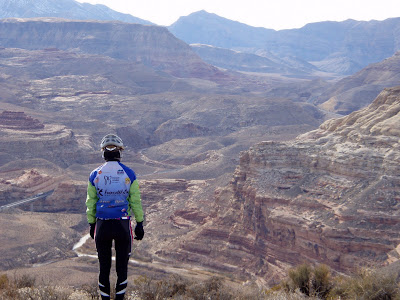