We’re back!  It was a super week of bikepacking.  Talk about fortunate, southern Utah has terrain of all sorts.  Incredible terrain at every fork in the trail.  And with those forks come a few epic moments. 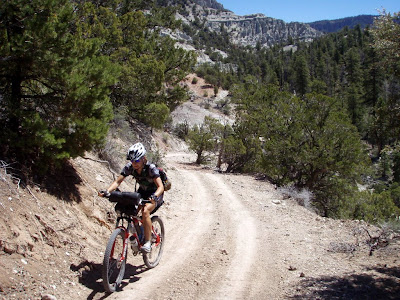 We started out heading N from the Paunsaugunt area.  It was all new to us.  We were loaded and ready for 7+ days on the trail, a new experience for us. 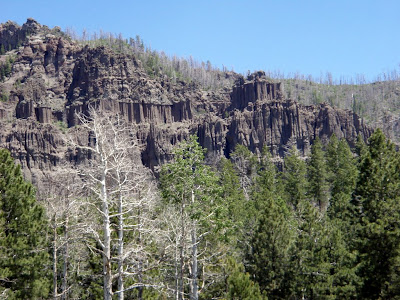 I fretted over what sort of shelter would be best for us for months.  This Henry Shires tarptent did the trick nicely.  At just over 2 lbs it’s light and barely noticeable on the bars, and once setup is quite large and airy.  Very airy actually – as it’s a single wall tent the bathtub floor is connected to the tent body with a swatch of netting to facilitate airflow and resist condensation. 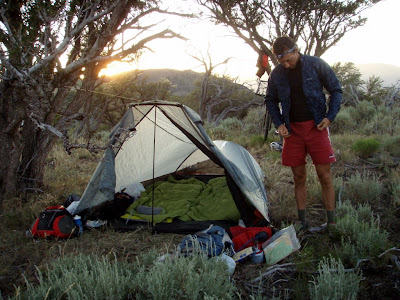 We quickly got into an evening flow of making some dinner creation then heading out for a short walk/hike.  It was one of my favorite parts of the trip.  Tea in hand, walk to the super scenic spot we camped near, enjoy. 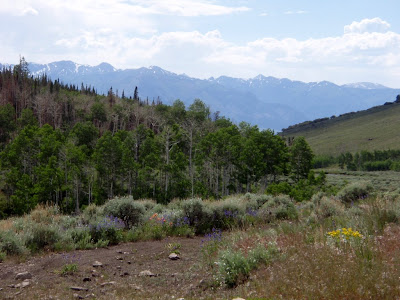 Two land masses were omnipotent on the trip:  the Tushar mountains (above) and Powell point. 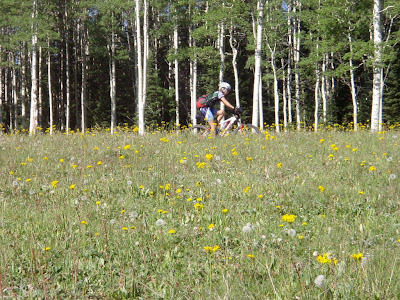 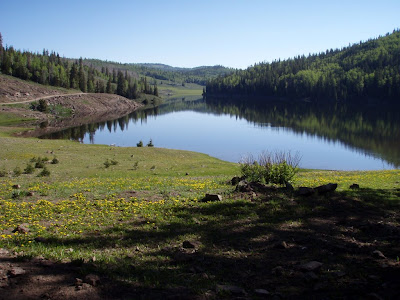 The Fishlake NF is full of these little corrals.  No clue what purpose they served! 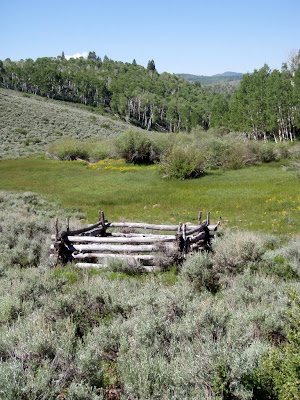 Koosharem refuel stop.  One stop shopping, it’s all in the merc. 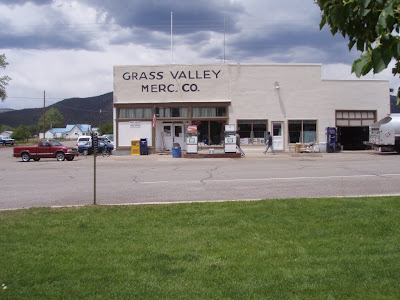 I tossed darts at a map and came up with a route for the trip.  I had some parameters to work with, but my darts did not always aim true.  More beer would have helped?

Day 2 we did a nasty bit of trail out of Koosharem that was full of hike a bike, then followed it up with something north of 10k more climbing into the Sevier plateau.  Tough day.  In Koosharem I picked up a bottle of bug juice and said something like “gawd this is heavy.  We’ll have to get slaughtered before I put something that big in my pack.”

Day 3 we got slaughtered.  That dart problem you see, combined with a crap memory had us on the lakeshore trail of Fishlake, which is cool to a point then completely unrideable amidst huge boulders.  And mosquitoes.  Dense clouds of carnivorous mossies. 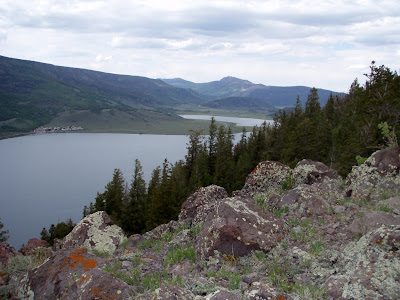 We camped near here:  marshland = killer mosquitoes.  The tent was bulletproof against the critters though.  Needless to say, the next town with bug juice had my business. 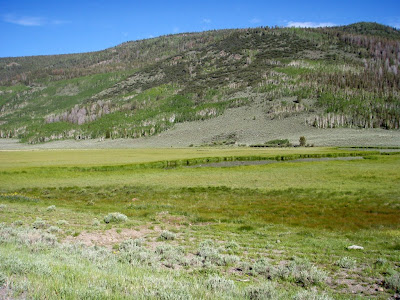 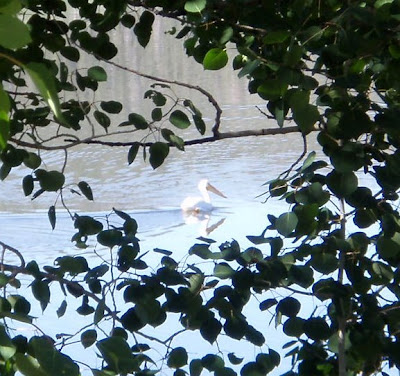 Leaving Torrey on the way to Boulder Top, a lake covered plateau over 11,000′.  It was going to be 3 days riding from here to the next resupply – it was the crux of our trip!  We were excited, nervous even leaving Torrey.  Did we have enough stuff?  Would this rain in Torrey be snow up high?  What are road and trail conditions way up there?? 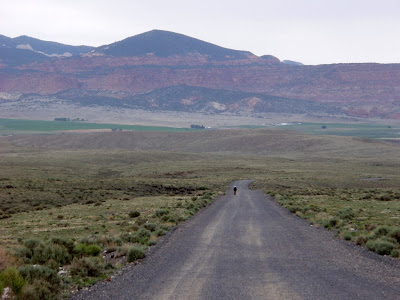 The Great Western Trail is everywhere in this area.  It’s a web of trails, not a single thread.  Some ATV, some faint goat trail. 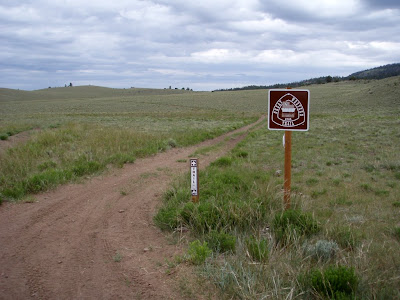 The road to Boulder Top surprised us with how gentle it was.  We’d been riding some tough terrain up this point, but today we found ourselves at 11k and wondering how we got there so fast.  It was a most pleasant climb!

Lakes everywhere, the terrain flirts with timberline.  Trees struggle to survive, but the lakes are full of fish.  I was wishing for a rod. 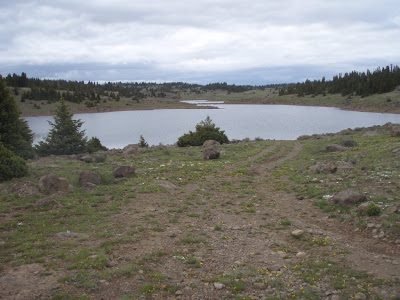 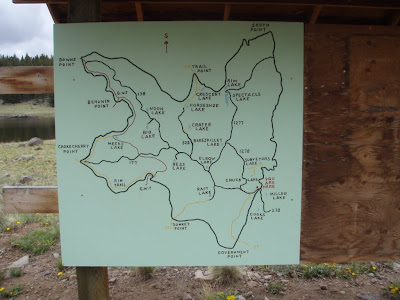 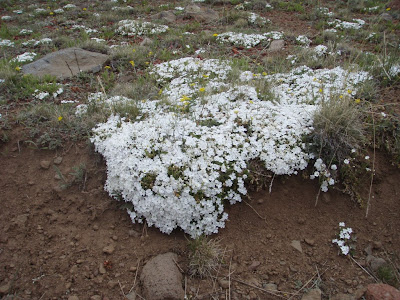 An unassuming hill gets the RD highpoint award. 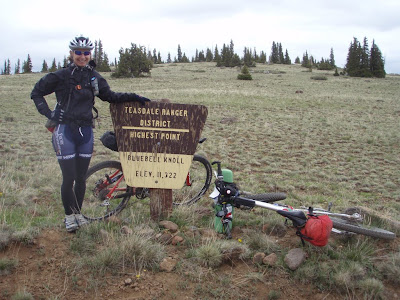 So by now I was firmly gripped by an evening tea habit.  We needed gas to fuel the stove and it was disappearing quickly.  Also, our water filter was getting clogged (paper filter, doh!).  LW pops into this cabin and says I gotta come take a look inside…

…and inside was a half full can of gas, the same kind we brought, and a katadyn bag drip water filter in near new condition.  Both items left behind by some slob of a camper.  Unbelievable!  I got chills just from the impossible odds of this coincidence. 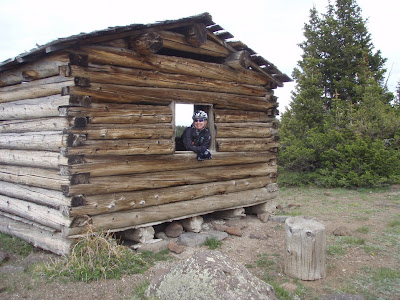 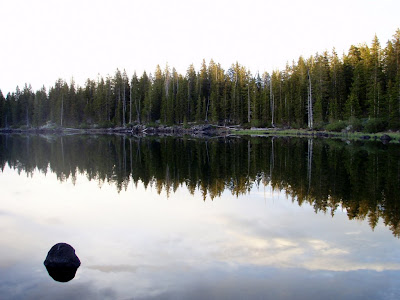 …and then it was tea time! 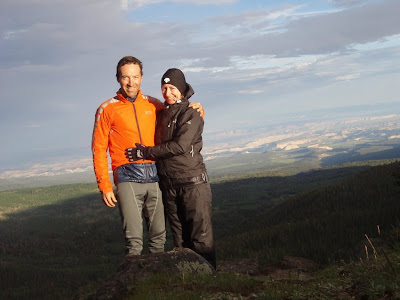 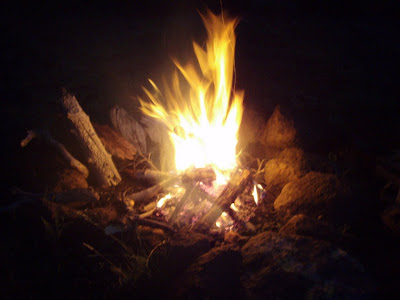 Our overlook was so great as to pull us back in the morning.  We were treated to swifts doing their impossible aeronautics and this Golden Eagle cruising the early thermals.

We’ll be back to this spot for sure.  Next time we’ll have 2 kids with us experiencing their first bikepack trip.  Wes has been talking about bikepacking for a couple months now, and he’s only 9! 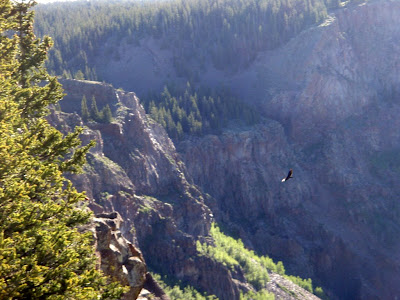 On tap for this day:  55 miles, all over 10k’.  I never knew there was that much high terrain in s. Utah!  Boulder Top, Griffin Top, Barney Top, Table cliff Plateau.  Most of these high plateaus in the this region are called “tops.”

The day ended on a sweet short trail to Powell point.  Yep, right on the Trans Utah route. 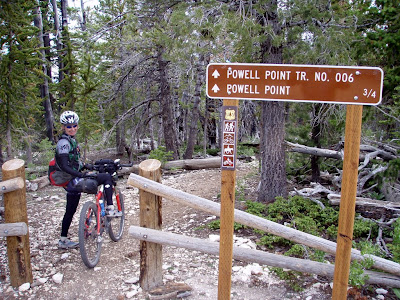 Bryce Canyon all plainly visible from up there.  And most all of the known world, in fact ;) 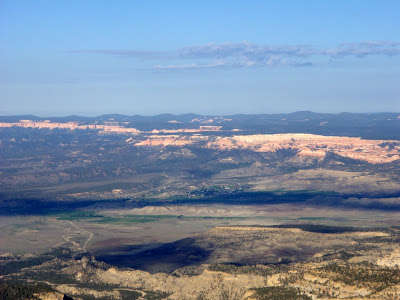 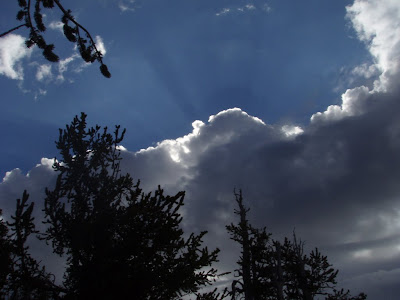 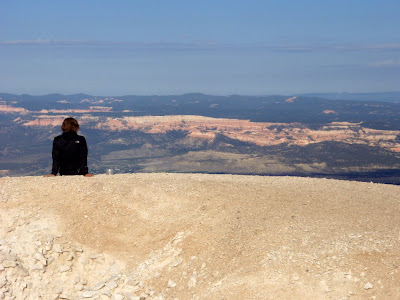 We descended the TU route (in reverse), and LW sniffed out some new (to me) singletrack.  TU will get some modifications in this area.

Powell point is the upper right landmass in this pic.  Magical lighting, and a killer fun trail! 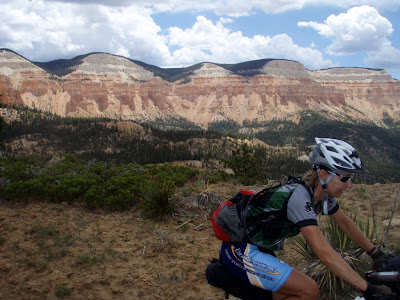 I’d never hiked Bryce before, so day 8 was on foot.  Crazy but true.  You really have to hike Peekaboo to get the full perspective of those hoodoos.  Dazzling. 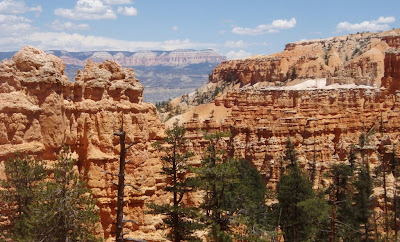 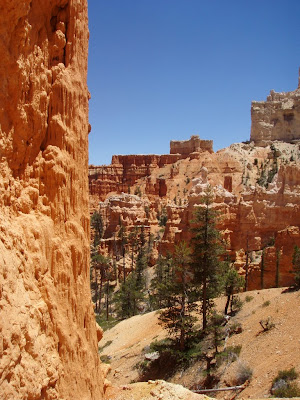 Livin’ large on the tops with my favorite bikepacking partner.  My head is still up there. 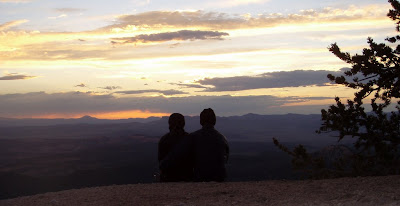 9 replies on “Teatime on the tops”